SAN DIEGO COMIC-CON:  The FINAL Comic-Con panel for The Walking Dead is coming, along with an Interview With the Vampire panel, plus more…

The panel will introduce fans to this new episodic anthology consisting of six original one-hour standalone episodes focused on both new and established characters within the walker apocalypse. The stakes are high in each story, pushing new, indelible characters with relentless, life-threatening choices and situations as we get to see the apocalypse through different eyes, discovering more worlds, mythos, and mysteries of the Walking Dead.

In the upcoming final episodes of The Walking Dead, threats lurk around every corner, dead and alive, as each group continues to get caught in uncontrollable situations. The looming pressure is cresting towards a day of reckoning for all. Will the sum of their individual journeys cumulate into one, or divide them forever?

BUT THAT’S NOT ALL…

AMC will be taking over the Hilton Gaslamp Hotel area for The Walking Dead Fan Celebration on Friday, July 22 only. At 7:30pm PT, fans will be treated to a variety of exclusive appearances, including an impressive collection of series set pieces, props and artifacts from all seasons, showcasing the series’ artistry and craft, and offering fans the chance to capture photos and videos amongst their favorite elements from the series.

Custom video content will also highlight memorable TWD moments, and include special messages from cast and crew, honoring this ground-breaking television series. Fans can also make their own custom-designed screen-printed t-shirts, with four designs to choose from.

You can even transform yourself into the undead at a Walking Dead-inspired walker make-up station, enjoy “Taste of Tradition” ice cream flavors, along with themed beverages and food; and participate in a Commonwealth-inspired lottery for additional giveaways.

Additionally, AMC will be giving out custom The Walking Dead enamel pins depicting iconic images from the show.

Information on event tickets are still to come. 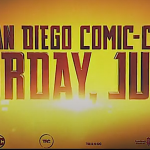 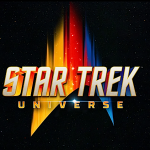