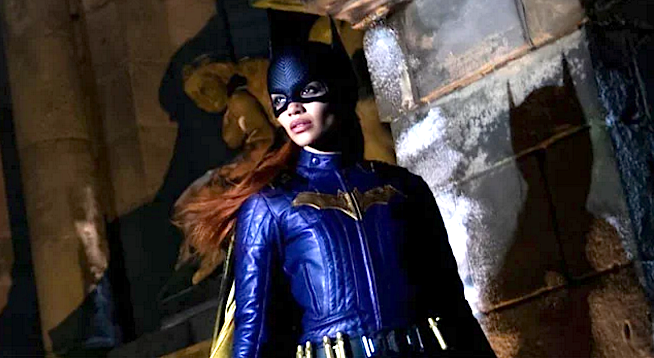 Holy Crap-oly Batman! Its being reported that the new 70+ Million dollar BATGIRL film is so bad it is being cancelled, even though it has already been shot and almost completed. The NEW YORK POST quoted one source saying that after poor receptions from test audiences, Warner Bros. thought this movie “is going to be irredeemable.”  YIKES! Entertainment outlets are reporting that despite being in the final stages of post-production, Warner Bros. and DC Films have decided not to release the movie on any platform or in theaters. So it’s not even good enough for streaming y’all……

ANOTHER BLACK EYE FOR DC/WARNER BROS:  While Marvel has continued to do most things right (not every MCU film has been a gem), DC continues to do things way wrong.  I mean, a theatrical and big-budget Wonder Twins movie was green-lit and even cast.  Though luckily, after the Warner/Discovery merger,  it was struck down before that 70+ Million dollar mistake ever shot a scene. But a straight-up cancellation like this is almost unheard of.  Though I think David Zaslav and new Warner Bros. head Michael De Luca probably made the right Bat-call.  I never thought the images from the movie looked good, and I wondered why they were making movies like Batgirl instead of Man Of Steel 2.  (Yeah I’m a Superman fan, deal with it.)

Is this really such a shocker though?  The Batwoman television show wasn’t well-liked. It never found an audience and got cancelled.  So was doubling-down on a Batgirl film ever a good idea for the DC-Universe?  Also,  when San Diego Comic-Con came and went without even mentioning the film, which was initially supposed to drop THIS YEAR, I’m guessing the ax had already fallen.  And that Batgirl’s fate had already been sealed.

Riddle me this Bat-fans; is canceling a potentially bad film before it’s release a sign that Warner Bros is trying to do better, or is it just a continuation of a downward spiral?  I for one hope that this is good news for DC fans, and that we get bigger and better DC Films in the future. #HenryCavillSuperman

Batgirl featured Leslie Grace as Barbara Gordon/Batgirl, with J.K. Simmons as Commissioner Gordon, Michael Keaton as Bruce Wayne/Batman, and Brendan Fraser as Firefly. It was directed by Adil El Arbi and Bilall Fallah.