Gamescom day one has just wrapped up which means there has been some major news announced today. Gamescom is one of the biggest game conferences out there taking place in Cologne, Germany. With the rivalry between Microsoft and Sony, now is a critical time for Microsoft to either catch up or fall to the wayside.

Microsoft took the stage first with the annual press conference. They made some pretty big announcements. Of course, in good old Sony fashion, they answered back with some announcements of their own.

With the current gen of consoles out for almost a year now, we have yet to see any bundles or alternate versions yet. Luckily that will change soon.

The Xbox One will get some options later this year. If you are a Call of Duty (COD) person, you can look forward to the “Call of Duty: Advance Warfare” bundle that will cost $499. It will include a copy of the game in digital form. The bundle will also come with a custom controller and two-tone skin for the Xbox. Oh, did I forget to mention a 1TB hard drive? YES! The first console to ship with 1TB hard drive will be a variant of the Xbox one. How cool is that? The “Advance Warfare” console will be worldwide on November 3rd. 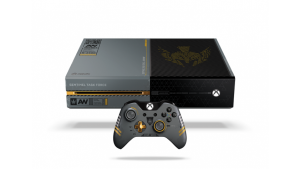 If COD is not your type of game, don’t worry. There’s more choices for you. If you have or want an Xbox One, I’m sure the game “Sunset Overdrive” has played some sort of role in that (Check out gameplay here). Well, there is a bundle for that too, however very minimal. You’ll get a white, glossy Xbox One, a white controller, and a digital version of Sunset Overdrive along with extra weapons and player outfits for the game. It will cost $399 and will be released the same day as the game. October 28th. 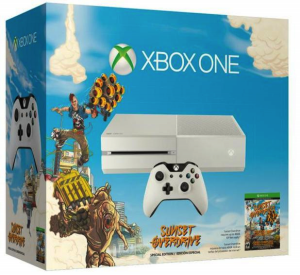 If you are a European, then you get one more Xbox One option. Since Football (soccer) is so popular with the rest of the world, you can pick up the “FIFA 15” bundle. This bundle will come with the standard 500GB hard drive and a digital copy of “FIFA 15” for $399.99. This bundle will be available September 25th.

Note: None of these bundles come with the Kinect. Weird considering how much the Kinect was pushed just a year ago.

If you remember at E3, Microsoft came out at one point with Microsoft ID. It’s their way to push indie developers and help get more indie games to the Xbox. Well, it seems this is one decision Microsoft hasn’t changed their mind about. Microsoft has announced more indie titles for Xbox One. Big titles. Titles like “CupHead,” “Fruit Ninja Kinect 2,” “Ghost of a Tale,” “Inside,” “Plague Inc. Evolved,” “Smite,” “Below” and “Goat Simulator.” They even showed off a game onstage called “Superhot”. It is a spin on the FPS (First person shooter) genre. Time only moves when you move giving you the opportunity to stop and plan out ahead. You can check out a montage of the Microsoft ID segment right here.

With the delay of “Evolve”, you could literally hear hearts break including mine. Don’t fret because in January of 2015, if you own an Xbox one, you can get access to the Beta. 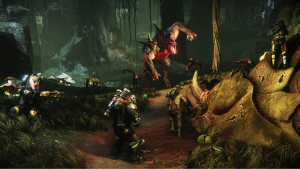 Rise of the Tomb Raider

If you have not heart yet, “Rise of the Tomb Raider”, the follow up to the massively successful “Tomb Raider” will be an Xbox exclusive. For some reason, this set off a bunch of people. On the Crystal Dynamics’ Tumblr blog, they said “Rise of the Tomb Raider” is coming Holiday 2015, exclusively on the Xbox”. The problem is that people can’t figure out if it is just a timed exclusive or if Microsoft managed to nab it for console exclusivity in the middle of the series, which is a really rare thing to happen.

ScreamRide for Xbox One and 360

In “RollerCoaster Tycoon”, oh wait. What I mean to say is in “ScreamRide” Players are able to build the thrill rides that they’ve always wanted to. Be carful. They might or might not make it to the end alive. A gameplay trailer of “ScreamRide” can be found here. 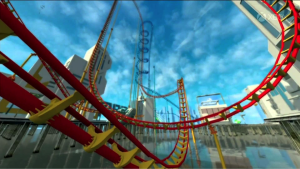 This year at Gamescom, the “Halo Channel” was announced. Described as your home for everything “Halo”, the app will be used to track multiplayer and single player progress. It will also house the “Halo” programs like “Forward unto Dawn” and “Nightfall”. Available for the Xbox One and the PC, the Halo Channel will allow players to seamlessly jump between “Halo: Master Chief Collection” matches to watching “Halo” programming to even your stats. The announcement of partnering with twitch for streaming but not many details were given. Finally, “Halo: Master Chief Collection” will include the beta for “Halo 5: Guardians”, which will be running from December 29th to January 18th, players will be able to play on several maps and three different game modes, with 11 armor variants and 11 different weapons. 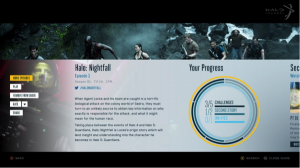 With only day one over, we still have 3 more days. Make sure to check back with us for the rest of the wrap ups.