If you were like me, growing up in a time where there was no internet…computers were not prevalent in schools like it is today, and no one ever heard of an iPhone; we were lucky to have a computer in our homes, much less any games.

But Sierra came in and helped us with our smug, boring lives. Leisure Suit Larry helped me with my…well it helped me with something, Kings Quest introduced me to epic quests, and Counter Strike taught me that a Desert Eagle is a really REALLY good weapon and jumping like a bunny actually makes you cooler. 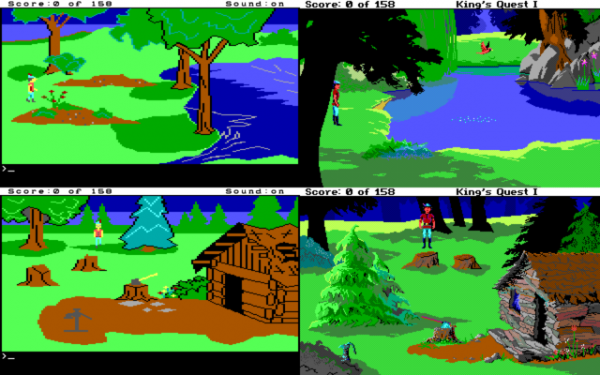 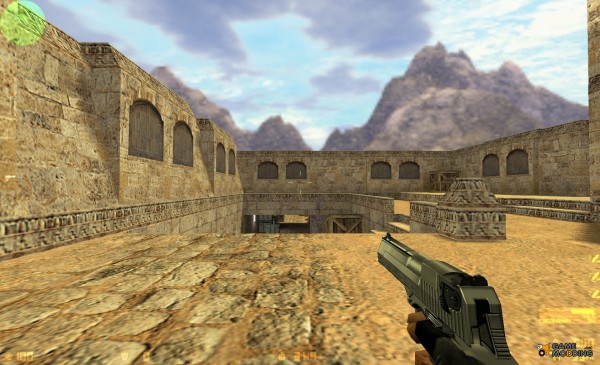 When the early 2000’s came around, Sierra was no more with the release of Gabriel Knight 3. It was a sad, quiet time, but recently Activision/Blizzard has decided to bring back Sierra Entertainment with the announcement of Geometry Wars3, and a NEW Kings Quest made by Lucid Studios and the Odd Gentleman Studios, respectively.

KÖLN, Germany–(BUSINESS WIRE)– With a renowned history that’s served as the origin for many nostalgic video game characters, worlds and experiences, Sierra™ continues on today in a return to form that fans of great games will love. A part of Activision Publishing, Inc., a wholly owned subsidiary of Activision Blizzard (Nasdaq: ATVI), Sierra‘s focus is on indie studios developing innovative, edgy and graphically unique games, including new IPs and contemporary reimaginings of beloved Sierra classics. Headlining Sierra‘s slate of indie games is an all-new King’s Quest™ experience in 2015, and a new Geometry Wars™ game planned to launch this holiday season. Additionally, the Sierra team is well underway exploring other indie projects to potentially launch later this year, and in 2015 and beyond.

In development by the beloved and quirky studio The Odd Gentlemen (The Misadventures of PB Winterbottom), King’s Quest is a fully reimagined version of the fan-favorite Sierra game fit for both the old and new generation of King’s Quest players. Huge fans of the original King’s Quest series, The Odd Gentlemen are crafting a charming new adventure with an awe-inspiring art style, engaging puzzles, and a wondrous interactive narrative brimming with humor. In the new story, King Graham – revered as the greatest adventurer to ever live – shares his life’s adventures with his curious granddaughter, Gwendolyn. It is through these tales that Gwendolyn discovers the true greatness of her grandfather.King’s Quest is expected to make its heralded return in 2015.

Today’s news about the future of Sierra was met with excitement from its original founder, Ken Williams. “We’re very proud of what we created all those years ago with Sierra Online, and today’s news about carrying Sierra forward as an indie-specific brand is very encouraging,” said Williams. “We look forward to seeing Sierra‘s independent spirit live on, and are especially excited to see what The Odd Gentlemen will do with King’s Quest.”

Sierra began in 1979 with a single 8-bit Apple II microcomputer, and founders Roberta and Ken Williams’ love for storytelling and new technology that drove a revolution in the adventure game genre, and forever changed the industry. Today, a new wave of independent artists and entrepreneurs are using the same inventive attitude and latest tech to create amazing gaming experiences, and that’s where Sierra comes into play. With the popularity of digital platforms like Xbox Live, PlayStation Network and Steam, the new Sierra will cater to the unique needs of each indie studio, ranging from aiding in game development and first party relations, to PR, marketing and digital/retail distribution. Sierra will help foster today’s talent to create amazing video games as it has so many times before.

“Sierra‘s goal is to find and work with talented indie developers working on their own amazing projects, or passionate about working on great Sierra IP, and leverage our expertise to aid them in bring these fun and exciting experiences to gamers with the level of visibility and awareness they deserve,” said Bob Loya, Sr. Director of External Development. “In addition to Lucid Games and The Odd Gentlemen, we’re in talks with a large number of other indie devs, and can’t wait to share more details with fans in the near future.”

“Thanks to Sierra, we’re planning to release Geometry Wars3: Dimensions on more platforms than ever before,” said Pete Wallace, Studio Head, Lucid Games. “We’re thrilled to work with the indie team at Sierra to bring the next generation of Geo Wars gameplay to our passionate and loyal fans, and look forward to seeing you all online!”

For the latest information on Sierra, including additional details on King’s Quest and Geometry Wars3: Dimensions, be sure to check out the official Sierra website at www.sierra.com.

ACTIVISION, SIERRA, KING’S QUEST and GEOMETRY WARS are trademarks of Activision Publishing, Inc. All other trademarks and trade names are the properties of their respective owners.