My first experience with the Teen Titans came in the form of a comic book way back in 1983 that was a deterrent to get kids off of drugs. Back then, Nancy Reagan’s “Just say no” campaign was in full swing, penetrating everything from commercials, to rallies, and yes, even to comic books. Back then, Robin was the real-deal-Holyfield original Dick Grayson (not like the what-appears-to-be Tim Drake in the current animated version) and the team was portrayed to be a legitimate, serious comic book team. Little did I know that the  Teen Titans actually debuted in the 1960’s as an all sidekick team to compliment the Justice League. Unfortunately, despite all its push, the Teen Titans seemed to fade away in the late 80’s and 90’s when X-Men, Image Comics, and more “adult” fare started becoming more mainstream.

But lately, the Teen Titan team have received a lot of love over the past 10 years. It started with the Teen Titans TV animated series that seemed like an amalgam of Bruce Timm’s straight-angled Batman animation style with the silliness and awkwardness of anime. It seemed like Teen Titans were trying to break new ground in animation by intermixing American and Japanese styles. But after its 3 year run, the creators decided to try (or at least it seemed like it) and split the Teen Titans style into its more pure parts: Young Justice, which was was a more mature, less slapstick and serious look at the team, and Teen Titans GO!, which took all the silly aspects and shunted them into a fun, slightly morbid, and fairly unintelligent show.

And while Teen Titans GO! and Young Justice both experienced moderate success, it seems like DC has even FURTHER plans for the young team.

With the recent success of shows like Smallville and Arrow, DC is starting to expand their TV repertoire by pushing more realistic, live action version of our favorite franchises in a new and fresh way. The Flash and Gotham are on deck and is receiving a huge positive response (see here), but The Wall Street Journal is reporting that a Teen Titans live action show is in the works entitled “Titans” slated to air on TNT.

The WSJ is also saying that this iteration of the Titans will more closely resemble the 1980’s comic “New Titans” which has Dick Grayson’s Robin as his Batman-graduated character Nightwing and an older, more dramatic Cyborg and Starfire. The new series would be written by Akiva Goldsman, whose credits include The Da Vinci Code, A Beautiful Mind, and Batman Forever.

Note that though there is buzz around this project and there are names attached to it, the possibility of the project coming to completion is still up in the air. Check back here for more updates and details!

Or, if you want to see something cool now, check out this fan-made Teen Titans production: 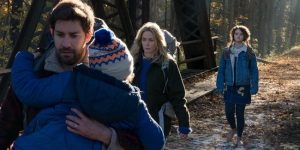 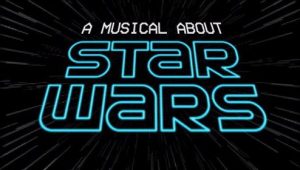