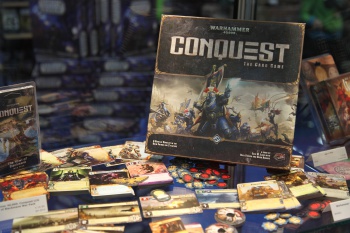 The Living Card Game is a subset of card games coined by Fantasy Flight Games made to circumvent the problems that card games like Yu-Gi-Oh!, Cardfight Vanguard, and Magic: The Gathering had.

In traditional Collectible Card Games (CCGs), players traditionally bought booster packs that contained (for the most part) a rare (or two) card, several more “uncommon” cards, and “common” cards, which took up the majority of the pack. With this method, the player wasn’t really guaranteed that they will get the cards they desired, and this resulted in players gaining far more cards than they needed as they bought subsequent packs. 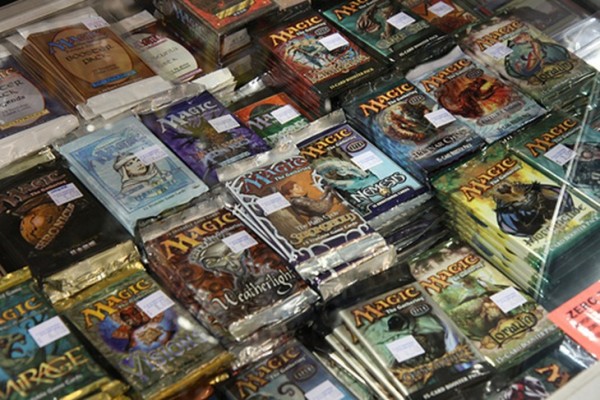 In addition, with the advent of ebay and online stores, finding that specific card that you desired is now easier than ever. This spawned a veritable middle market where people bought boxes and boxes of booster packs, opened them, and sold the cards individually online. Tournaments would publicly list the top winners deck lists, which simply gave players with enough money a roadmap to simply “buy” their way to victory. It’s a great money making engine for the developing company, but it tends to turn people off because of the inefficiency of booster packs to money spent and the game only caters to people that have a lot of money. Poorer players tend to get squashed by more wealthier players.

But Fantasy Flight Games has changed that. Living Card Games are card games that release its expansions in smaller, more frequent intervals. With each expansion, they also provide the multiples of those cards necessary to maximize your deck building. In essence, it eliminates the middle market and puts all players on a more even playing field. No longer do boosters have rare cards, everyone has access to the cards and everyone gets the amount they need for their play style. 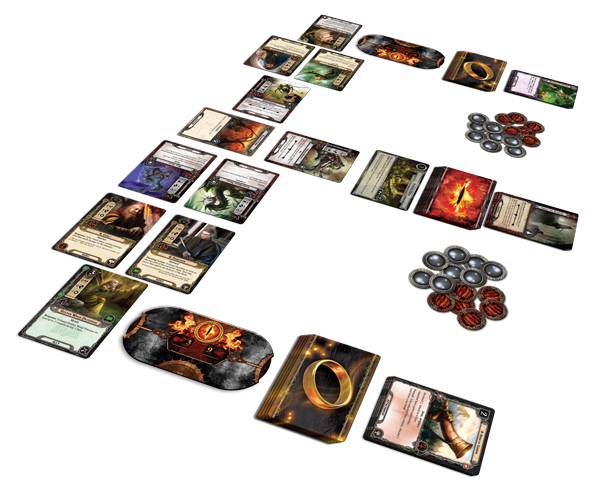 And Fantasy Flight has already boasted a plethora of Living Card Games in various franchises. You may want to try Lord of the Rings (a co-op card game), Game of Thrones (based more on the books), Call of Cthulhu, Netrunner, and even Star Wars.

Coming soon from Fantasy Flight is the Warhammer 40K: Conquest Living Card Game. If you’re a fan of Warhammer 40k, you’ll want to check this out. But if you want to see how it plays, you can watch the tutorial videos right here (all 7 parts are here):

Warhammer 40k: Conquest will be available online and in select stores by the end of September.