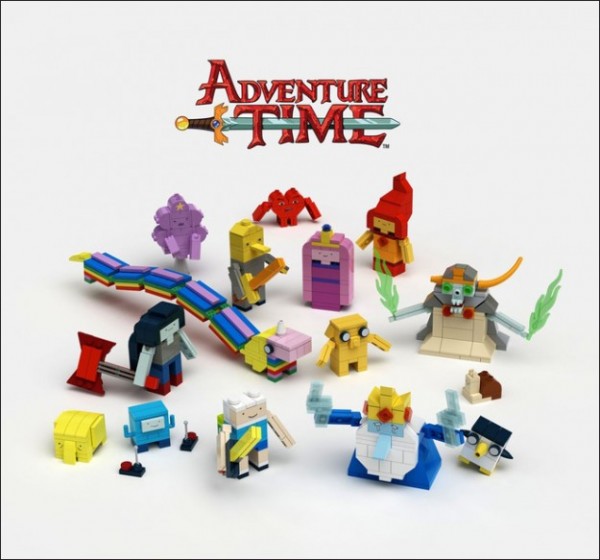 You read that right, a fan, aBetterMonkey, has created this impressive Lego set called “Brick-built Adventure Time figures” and has some of the most rad characters on the hit animated Cartoon Network tv show.

Jake, Finn, Princess Bubblegum, Lumpy Space Princess, the Ice King, BMO, Lady Rainicorn and the  rest of the gang from Adventure Time are up for a vote on Lego Ideas.  If the set gets 10,000 votes it will be considered for production to become an official Lego Set.

Staff and fans have been so excited over this set that it even got the staff recommendation on the site.

This is not the first time an attempt has been made for an official Adventure Time Lego Set.  In 2013 we saw one of the most amazing Lego models of Jake and Finn’s Tree Fort up for vote on Lego Ideas, but obviously did not get enough votes.

Adventure Time chronicles the escapades of Jake and Finn on the Cartoon Network.  It will return as part of the next works 2015-2016 line up and it also in the works to become a film on the big screen.

Don’t forget to cast your vote!!

The complete list of characters up for vote in this set are as follows: