Marvel unveiled new exclusive official poster of Avengers: Age Of Ultron villainous character Ultron voiced by actor (James Spader). The poster gives us a new look this bad-ass villain will bring against the assembled team in Avengers: ‘Age of Ultron’ the epic follow-up to the biggest Super Hero movie of 2012. 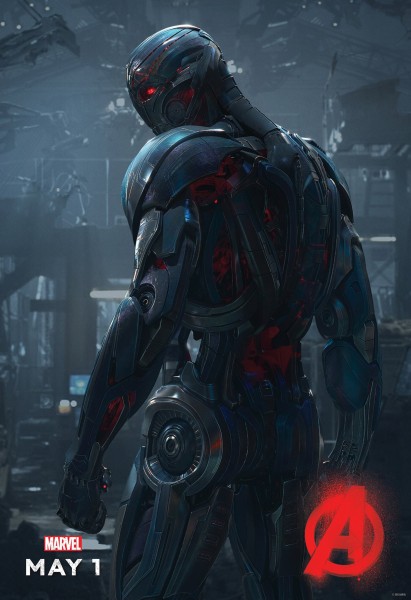