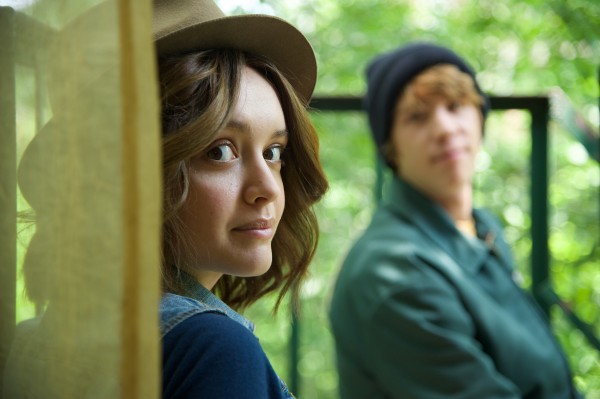 This is the first time I’ve ever heard Olivia Cooke’s real voice. In everything I’ve seen her in – Bates Motel, The Signal, Ouija and Me and Earl and the Dying Girl – she has played an American. Sitting in a roundtable interview for Me and Earl, Cooke didn’t have to put on an accent so I got to hear her real British voice.

Cooke plays The Dying Girl in the film, Rachel, a teenage girl with leukemia. Her classmate Greg (Thomas Mann) befriends her at his mother’s behest but ends up forming a true friendship. The bittersweet comedy, a hit at Sundance, opens in theaters Friday, June 12.

Nerd Report: I know this is only a superficial connection, but since you play Emma on Bates Motel with an oxygen tube, did it seem like a funny coincidence that you wore one in this movie too?

Olivia Cooke: No, I never even thought about Emma. I felt like the film and the world that Rachel lives in is so entirely different from Bates Motel, so I never really made that connection. I knew afterwards that people would be like, “Oh, she always plays a sick girl. She’s typecast. Blah blah blah” but they can f*** off. I’ve played two characters that are sick in my career. I feel like people really love to label and pigeonhole. If they want to do that, they can but I didn’t think about it.

Q: Did you do a lot of research on a young girl with leukemia?

Olivia Cooke: Oh yeah, when I got the role, I went to the children’s ward at UCLA, the Mattel Ward and met a girl who had the same leukemia as Rachel and had gone through rounds of chemo. It hadn’t worked so she was waiting for a bone marrow transplant. And her dad had had leukemia the year prior as well, so I spoke with those two. I kind of just sat with her and watched how she was physically. She was so still but you don’t lose your personality of your likes and dislikes. You don’t suddenly just become “cancer” because you have it. She had all these One Direction posters on the wall and she was the sweetest, loveliest girl and so frigging positive, so positive.

Then I spoke with the doctors that worked with her and about some other patients who then become the grown-up in the situation, who are 17, 18 and they make really grown-up decisions that their parents can’t handle because they’re the ones that are so emotionally stricken by it. The young adults that have the cancer are the ones that have to take control in a way. So that was really informative and really helpful and really changed my perspective, because I’m very lucky to have not gone through anything like that. Then Alfonso and I created a chart which timelined Rachel’s chemotherapy treatments and stages of cancer so I could draw upon that when I needed to mentally and physically get into a certain state.

Nerd Report: When she loses her hair, we understand how traumatic that is for her and we understand when she says, “Stop lying to me, I know I’m ugly.” Do you wish she could see what Greg sees and we see that of course she’s still beautiful?

Olivia Cooke: No, I had just shaved my head so I definitely felt very ugly in that moment. We shaved my head the night before and I was just so overwhelmed by my appearance. I’d always had hair. It was the best thing I did for the role to emotionally get there. It was the most I could have done without having cancer and I didn’t want any part of my performance to seem false or to take anyone out of the movie. So that was really a cheat for me to really get there emotionally because if I had this big bulky bald cap on, I wouldn’t have been able to get the same performance.

Q: When did you realize this was such a special movie?

Olivia Cooke: When I read the script. I was just so overwhelmed and bowled over by how Jesse had just captured the way humans speak, not just young adults, but everyone. It’s so disjointed, it’s so awkward, it’s so confusing. The sentence structure is so here and there. No one’s saying the most profound or the most perfect thing in the moment. Nothing is sentimental and I love that because I just find that’s how things are. It was very real. It was very honest and I loved it. All the characters weren’t stereotypical. There wasn’t the popular girl that was just riddled with insecurities and really mean. The female characters were really strong as well and I loved Greg’s consciousness and his neuroses. I thought it was just beautifully depicted and it made me laugh every single page until the inevitable emotional moments which were earned because you feel so much for these characters because you’ve laughed with them and felt so much. You just really went on a journey. So yeah, from the day I read the script.

Q: What was your reaction when you first saw the movie?

Olivia Cooke: I had no idea what he was doing with the camera. He did say stuff like, “And then at this point, everything’s going to be yellow.” And I’d be like, “Cool, that sounds great.” And then he’d be like, “Okay, so the camera’s going to be tracking you. Then it’s going to flip on its side.” And I’m going, “Okay, cool” and just never really thinking anything about it. I’m like, “That’s ambitious.” And he’s like, “There’s going to be one tracking shot throughout three scenes.” And I’m like, “I don’t know how you do that but cool.” He never made you too aware of what the camera was doing because he didn’t want to disrupt what you were doing with the acting. Then when I saw it, he just completely uses the camera as a paintbrush and really captures Greg’s neuroses and how he’s just constantly moving to not forge any connections with anyone. Then it becomes quieter and still as the movie goes on, as he really does have this deep connection with Rachel. I just thought it was beautiful. It was really just stunning. It’s the most proud of I’ve been of anything I’ve ever done. It was gorgeous.

Q: Did you have any input into Rachel’s room? Maybe the Hugh Jackman?

Olivia Cooke: No, the Hugh Jackman was always scripted. The pillows were always scripted. Gerry Sullivan did such an amazing job. I am not artistic in the slightest, so he’d come up to me with ideas and Alfonso would show me. I’d be like, “Oh, it looks great.” I have no idea where to even start about decorating a room because my mom always did that. When I’d come home from like a week away with my dad, my room would be completely redecorated and I’d just be like, “I hate it. It’s awful. I have no say in this.” I’d come home and it was this showroom every time. She’d get bored because me and my sister were away with my dad and she’d just get the paintbrush out and start white, everything pristine white. For a kid it’s just like bleh. So not so much because Gerry Sullivan is so much more artistic than I. I had input in the type of books and music she listened to.

Nerd Report: Were you happy Bates Motel fans responded so well to Dylan and Emma hooking up?

Olivia Cooke: Yeah, that was great. That was really overwhelming actually. I’d get screen shots form my friends, like, “Everyone’s talking about the Dylemma kiss.” And I’m like, “What’s Dylemma?” They’re like, “Ships and stuff.” 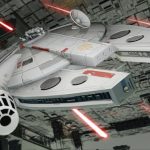 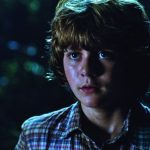