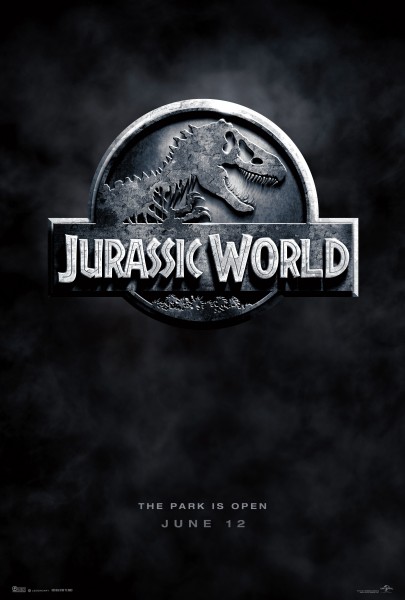 Jurassic World is the long-awaited reunion of Safety Not Guaranteed director and star Colin Trevorrow and Jake Johnson. My colleague, Courtney Howard, interviewed Trevorrow and asked him if Johnson was his Hector Elizondo, referring to Garry Marshall’s films. I had an interview with Johnson and shared Trevorrow’s answer with him.

Johnson plays Lowery, a control room technician at Jurassic World. He’s clearly a fanboy, as he puts dinosaur toys on his desk and wears a Jurassic Park T-shirt. In the world of the film, T-shirts with the logo for the first Jurassic Park disaster must be collector’s items. Jurassic World opens Friday, June 12 and I had a fun time chatting with Johnson about it.

Nerd Report: My colleague interviewed Colin and asked him the brilliant question: Is Jake Johnson your Hector Elizondo? He said you were like a McDonald’s in a foreign country or a security blanket. How do you take that?

Jake Johnson: [Laughs] I love working with Colin. Getting a call from Colin, I had a similar experience. If the movie is going to be a small indie or a big studio, I know what I’m going to get with him on and off camera. When you do a movie, you don’t know if you’re going to get along with the director and the cast. If you don’t get along with the director, and it’s happened to me before, it’s a nightmare. So the beauty of getting a call from Colin is I know after work we’re going to be having dinner drinking beers together. So when we’re having that dinner, we’re drinking beers, we’re able to talk about the next day of work and come up with ideas you both get excited about. When it’s all said and done, I hope to be in a lot of Colin Trevorrow movies.

Nerd Report: I’m sure you wouldn’t say which directors you didn’t get along with, but if we saw those films, would it be obvious to us?

Nerd Report: Well, it’s good if it came out well.

Nerd Report: Did you see this as the Samuel L. Jackson part?

Jake Johnson: Actually, that’s how it was pitched to me. Colin said, “I want you to be this character in the movie. You’re essentially going to be my Samuel L. Jackson.” So I thought you don’t get much cooler than that.

Nerd Report: How did it feel to wear the classic Jurassic Park T?

Jake Johnson: What was nice about it was we decided when we were building the character to build the look off of a mutual friend of ours, a guy named Clay Allen. So the glasses and mustache and the tattoo, and somewhat the shirt were based off our our friend Clay’s look. We wanted him to be a guy who was cool and knew of the Jurassic Park world and would be the kind of guy who would be a tech guy in the new Jurassic World. If the universe is real, what kind of guy would actually be working there?

Nerd Report: Were there a lot of costume fittings?

Jake Johnson: No, I think we just did one day of it. We saw it, we were happy with it.

Nerd Report: In addition to working with Colin, was part of the appeal of doing Jurassic World that you got to see Jurassic World before any of us did?

Jake Johnson: Honestly, the big appeal of it was truly working with Colin, working on another Derek Connolly script. I was really excited to finally get to work with Chris Pratt even though we didn’t get to work together a lot. I’ve known him for a while. I’ve been a fan. I’m a big fan of Bryce as well, so being able to work with this cast on this movie is such a no brainer.

Nerd Report: Colin said in the press conference that you wrote the big speech about products at the end of the last day. Did that all come together at the last minute?

Jake Johnson: Going back to hanging out in bars and talking things out, there was always an open dialogue with Colin. It’s my favorite kind of relationship with directors. We could just discuss it and he could tell me what he wanted and what his vision is, and then I could pitch him ideas and he could tell me if we were close or too far away. I think what makes a great director like that is he works with each actor in a different way. I love a collaboration. I love talking things out.

Nerd Report: Was it just scheduling that you shot the final week, or did your casting come down to the wire?

Jake Johnson: No, I had the part. I had this part early. I was cast before they knew Chris was going to be the lead because I remember Colin texted me that he was going to go out to Chris Pratt and I couldn’t be more excited. Chris and I actually texted each other about Colin before the actual thing went down because I knew Chris a little bit through Aubrey Plaza obviously. So when I knew Chris was in consideration, I reached out to him just to let him know how incredible Colin is. He wouldn’t be disappointed.

Nerd Report: Putting your scenes at the end of the film, were you able to see any scenes they shot previously?

Jake Johnson: I was. Colin wanted the stuff on the big board so we could react to it. I was able to see a bunch of early footage from the movie which was a really cool experience.

Nerd Report: Did you watch movies like Jurassic Park and think those are the kind of movies you want to be in when you become an actor?

Jake Johnson: No way. I come from the suburbs of Chicago so I didn’t have any links to the industry. The idea of being in TV and movies wasn’t a realistic thought for me until my mid-20s. The idea of being a professional actor wasn’t a real consideration. When I started acting, it was more a fun thing I did with my friends where we would write comedy shows and perform them. Then it kept growing for me, but I never had this great strategy. I never had that little boy moment that Jim Carey talks about where he wrote a check to himself for ten million dollars and said, “I will cash this.” Mine was more it’s still surreal that I’m working as much as I’m working. I don’t take it for granted because I know how random all this is. So I didn’t watch those movies thinking, “One day everyone will see. I’ll be there.”

Nerd Report: I can relate. I watched those movies and ever imagined one day I’d be interviewing and writing about the actors and filmmakers.

Jake Johnson: That’s what I mean. It’s so surreal. I just watched them and I really enjoyed them. Even when I was shooting it, people would be like, “How crazy is this, you shooting Jurassic World?” I didn’t even think about it like that. I viewed it the same way I view shooting an indie or New Girl. You got to work and in between action and cut, that’s where my job is. I act. Now that I’m doing the press for it is really when it finally settled in, like oh, this is wild.

Nerd Report: With the success of Let’s Be Cops last summer, are there plans for more movies with you in the lead?

Jake Johnson: I gotta tell you, I don’t know. I’m trying to figure out really, to be ridiculous for a second, where my enjoyment lies. I really loved my role in Jurassic and that side of it more than I loved my role in Let’s Be Cops. I think if I could choose, it’s obviously part dependent and script dependent, but I loved playing Lowery. I love the size of that part. I like being the lead of smaller movies where I have more creative control and I guess I’m going to take it day by day, but I don’t have a major strategy and I’m not going to do my career mirrored after anybody else. If I’m a character actor for years, I’d be pretty thrilled doing that too. If it happens I play the lead in a few things and the projects happen to work, like for example, Let’s Be Cops, the reason I did that was Damon Wayans, Jr. I knew he and I were going to do it together. I wanted to work with him and we knew Keegan was going to do it and Riggle was coming in. So I just wanted to work with all those dudes.

Nerd Report: So Digging for Fire is your second movie with Joe Swanberg. I didn’t get a chance to see it at Sundance so what can you tell us?

Jake Johnson: That’s my second of hopefully 50 because I just love working with him. It’s one of those movies that, in my opinion, is very 2015 in that it’s going to be in arthouse theaters but it’s also going to be available on iTunes and VOD. It’s a quieter movie. It’s not like Jurassic. You’re not going to see Digging for Fire in a 3D multiplex.

Nerd Report: I love that model where we can watch a new movie at home.

Jake Johnson: Both are so exciting to me right now, the two different models. You don’t want to watch Jurassic World on your computer. But you can watch Digging For Fire alone and it’ll be just as much fun if you see it there or in a theater. There’s something about that. Going back to what roles I’m going to do next, I’m not sure because I like both models so much right now. 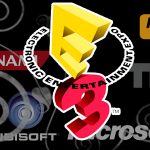