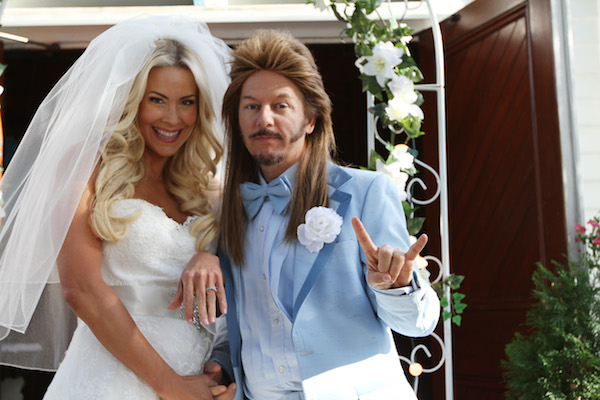 When I introduced David Spade and writer/director Fred Wolf to Franchise Fred, they weren’t quite sure what to make of me. I get it. The creators of Joe Dirt probably took a lot of heat over the years. When I got further into my sincere defense of sequels, Spade got it. “Now I know you weren’t being sarcastic,” he said.

Spade has been talking about Joe Dirt 2 for some time, but it became a reality now that Crackle, the streaming service of Sony Pictures, the producers of Joe Dirt, is airing the sequel. Joe Dirt 2 is available July 16 on Crackle. Find out what’s new for Joe Dirt in my exclusive interview with David Spade.

Franchise Fred: I mean it, I love sequels. I think there’s always more story to tell. How do you feel about the prospect?

David Spade: I like most sequels. You might like them more, but if I like something, I want it to keep going because it’s more fun. I want to see where they’re going to go with it. I think it was nice we had some time, because we did have a rough script a few years after the first one. We didn’t really know what to do. We were just like, “We should put something down.” Then the more feedback you get, the more time goes on, you sort of have to adjust it so nothing feels dated. Then we have new ideas, so once it got real, then we sat down, and we said this has to be thought out and not thrown together and crummy. It would be a disservice. So the people that like it, we want to do it for them.

If we catch trouble, because I made fun of Boyhood on Twitter. They’re like, “Oh, Joe Dirt’s so much better than Boyhood.” Well, no one’s saying that. Let’s not just state the obvious. 8 Heads in a Dufflebag isn’t The Godfather. You don’t have to list all my credits. I’m just making fun of the name Boyhood. I called it Borehood because it sounds long and boring. But the people that do like it, anything I do on Twitter or Instagram that’s relating to Joe Dirt gets more than anything else by three times. The first day at the shoot I put a picture up and I got picked up by The Daily Mail. We didn’t put it out. I just put it on my Instagram. I go, “Hey, day one, mullet, let’s go.” It was on Us Magazine, Daily Mail, all these blogs. It’s nice that they recognize it’s a little cult thing. I think [Joe Dirt 2]’s funnier but we have to edit it. That’s tricky too.

David Spade: Yeah, Walmart and we were writing it because Walmart came to us a long time ago and said, “We would help finance it.” It all started with someone from Walmart saying to Sony, “Three years later it’s supposed to go down but we sell the same every month.” Usually a movie comes out and the next month [sales] go down but he said everyone just throws it in.

Franchise Fred: People are wearing out their Joe Dirt DVDs?

David Spade: Yeah, so that was really the first time we were like, “Oh, maybe we should do a sequel.” That was the first time we were like, “Wait, for real?” They said yeah and then they get the DVD sales and they go, “Oh my God, it’s killing and we might need another one of these.” We were going to go in with them. Then it got very complicated but I thought it was flattering.

Franchise Fred: Did Walmart end up not going in on Joe Dirt 2?

David Spade: No, because Sony I don’t think does that. Then Kid Rock offered to chip in. He goes, “If this was an album, you’d be making another one. I don’t know why you guys are so stupid, you’re not making another one.” I go, “It’s not up to me.” So it would percolate around and then I would do my show. Fred was writing the movies, so when Steve Mosko said it, I was like, “Okay, let’s make this real. Let’s focus and let’s actually do it.” That’s hard to get everyone rallied around.

Franchise Fred: In the time since Joe Dirt, has the sort of “redneck culture” exploded with Duck Dynasty and all the trucker shows?

David Spade: Oh yeah. It’s hard to make fun of it in the right way because we want to be respectful to that huge area of the south. When the movie came out, we were in third place and I came across the country. When I hit the south, it switched to first place. So they were like, “Oh my God, we’re first now.” Because it hit that pocket and everyone showed up. I’m the good guy, so it’s not all making fun of white trash guys. I mean, they do in the movie, but I’m proud of it. That’s why I think it’s nice because you get that audience that goes, “Yeah, you’ve got to be happy to have a Hemi and all the cool things.” Some of these other shows like Party Down South or Honey Boo-Boo, there’s a million of them. I think they just act like they’re all idiots, but I’m representing and trying to say, “No, we’re good guys.”

Franchise Fred: They’re popular though, so could that increase the appeal of Joe Dirt 2?

David Spade: I don’t know if it helps or it hurts. We’re trying not to do any jokes [at their expense]. That’s harder too because we did it 10 years ago. Then you could do any jokes about trucks or big tires. Now everything’s been covered so you have to think of new ways to keep it interesting and funny.

Franchise Fred: You’ve been thinking about it for a long time, but what did it actually feel like to see yourself in the Joe Dirt wig and costume again?

David Spade: It was actually really exciting. I had the guy that did the first one. We hired him, from the first movie. He didn’t make as much but he goes, “I’ve got to be part of Joe Dirt.” Even Dennis Miller, he goes, “You got a part for me? Because it’s the only reason my kids still talk to me. If I do this part, I can go to school” and they all love him for it. It’s a certain type of people see it and they don’t see him on the O’Reilly show. So that was nice and we made something for Dennis because of that.

Franchise Fred: Is he playing a different character?

David Spade: He’s playing Xander again from the first one. It was hard to figure that out because this movie is so different, so we have to figure ways. He’s part of sort of a Greek chorus that comments on the movie as it’s going. He’s great, so he came out. To get everyone to come to Louisiana is hard. When you’re in L.A. you get celebrity cameos. You get everyone to just go, “Oh, I’ll come in for the day.” You’ve got to fly them to the Holiday Inn Select in the outskirts of New Orleans. It’s not quite as appealing.

Franchise Fred: I enjoyed The Showbiz Show for two seasons. Why did that stop?

David Spade: I loved it. Part of it was I was getting frustrated with doing 12 episodes a year. It just wasn’t enough. You have to wait and do it again the year after. So I signed onto Rules of Engagement and was going to do both, and then it just got too complicated. I wanted a full time job. It’s too hard. We work March, April, May and that was it. Then you’ve got nine months off and I don’t want nine months off. I’m getting too old. So we switched to Rules of Engagement. I love Showbiz Show though. It’s hard to do now because Chelsea [Handler] came on The Showbiz Show and then she did a show like it. Not that she stole, there are just so many ways to do a show like that. She had a great show, but I don’t know what I would do. Just the same thing? I still think of all those jokes, believe me.

Franchise Fred: Would something like that work on Crackle or a streaming service?

David Spade: Yeah, that is very true. I can’t even X that out. I like and I hear nice things about The Showbiz Show so I appreciate that and I think it would work still.

Franchise Fred: It just makes sense to do a Daily Show type show just about entertainment, and you were already doing The Hollywood Minute.

David Spade: Yeah, yeah, yeah. At least I have that market cornered a little bit. 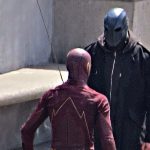 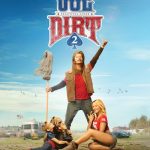