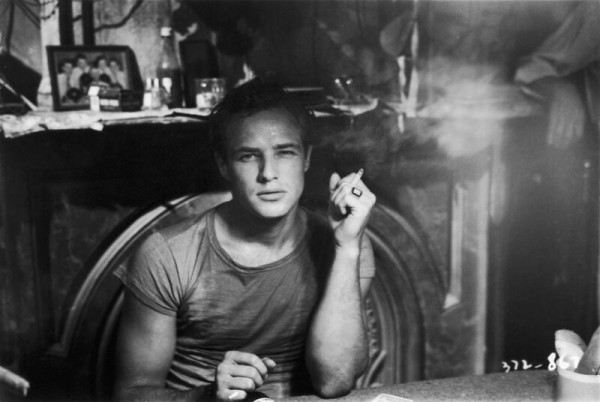 Listen To Me Marlon Interview: Stevan Riley on Marlon Brando

The new documentary Listen To Me Marlon presents Marlon Brando in his own words. Brando kept detailed audio recordings which filmmaker Stevan Riley culled along with footage from Brando’s films and stills. Listen to Me Marlon premiered at Sundance this year and opens this week, in New York on Wednesday, July 29 and Friday, July 31. I spoke with Riley by phone to discuss Marlon Brando.

Nerd Report: Was there any talk in any of that audio of this legendary 10 day acting seminar Brando gave in around 2001?

Stevan Riley: Oh yeah there were some bits about that and his preparation for it. He was readying himself to do those seminars but that was about it really. I had the tapes of the prep. It was quite useful, in fact, his approach to acting.

Nerd Report: But he never spoke about it after it was over?

Stevan Riley: No, there wasn’t in fact. He planned it quite thoroughly, his approach, and that was on audio tape so I had that.

Nerd Report: How did you match the soundbites to the footage?

Stevan Riley: Looking at the film as a whole, I remember an early discussion about how I wanted to present it visually. I had a rough idea of: 1/3 footage from the films, 1/3 would be archive, 1/3 would be construction. So when it came to clips of a film, it was very often the case that Marlon’s life would be mirrored to anything in his work and vice versa. It was often the case that things that were important to him at the time or ideas that he was digesting, he would bring to bear in some of his film roles. I tried to choose the film clips so that they would seamlessly weave into the story that was the personal story that was happening simultaneously while the movie was being shot.

An example is Mutiny on the Bounty and quiet rage. It was a lovely coincidence to find out that his rage that he had acted against authority, against the director on Mutiny was paralleling this rage he had against authority when he was a kid, when at military school. Once the themes were established, all the relevant quotes in the film would jump out. The film clips weren’t for their own sake. If they could serve the larger narrative then that was important. 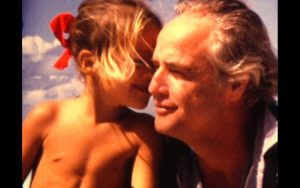 And then the reconstruction stuff, because the house of Brando as a recluse became a metaphor for his own thoughts, his own mind as he was conducting his post-mortem on his life from beyond the grave. The house of pain as the media called it, in the aftermath of the killing and shooting of Cheyenne, Cheyenne’s suicide. I was keen to reconstruct that, create a living place where I could see Marlon’s present day voice was being brought to life through his presence in his home. Showing the house, filming it, it was reconstructed on a studio in West London. Rebuilt the home and lit it and added effects and dust and atmosphere, candles burning and curtains blowing to give the idea that Marlon was present. Of course the 3D head on the screens, which is another way to give a ghostly aspect and have this idea of Brando as a ghost in the machine or trying to figure out the workings of his own mind.

Nerd Report: Did I notice some footage from the legendary Apocalypse Now workprint?

Stevan Riley: There was.

Nerd Report: Did you watch the whole five hour cut?

Stevan Riley: No, I didn’t. Coincidentally, Brando’s archive stored at Hollywood Vault. Next door was Coppola’s storage vault as well so I wonder whether all that was in there. What we got in touch with was, I don’t think it was Zoetrope but it was whoever had the rights at the time, and there was a videocassette that had extra footage. So I just went off that, but not the original cut. Brando actually spoke about one take which, again, I didn’t have access too but where he was channelling Kurtz and doing these long improvisations and long stream of consciousness takes that he was doing with Coppola, the end of which he broke down into tears and was in hysterics. Brando was always curious where that clip was. I never got to see that either.

Nerd Report: Were there any good soundbites that were just unusable because Brando was a bit too unintelligible?

Stevan Riley: That’s a good point actually, because obviously it was a priority to make sure that things were audible. I kind of got lucky inasmuch as occasionally that would happen, but I never felt dissatisfied that he hadn’t said something similar elsewhere where the audio was good quality.

Nerd Report: So we didn’t miss anything. 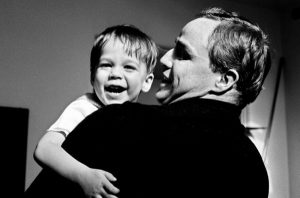 Stevan Riley: No, you didn’t. Actually, the only thing I wanted to do, in the balance of the film it wasn’t working, was the love he had with this one actress called Jill Banner who he fell for in a big way. She wasn’t his normal type. She was brought up within 100 miles of where he was born in Nebraska and they had a very combative relationship. Brando tested her a lot and forced her away, but after five years they got back together and he felt like he was really solving his women issues and apologizing to her in letters and meeting her face to face finally again and thought that they might be able to have something. Then she died in a car crash. It was just one tragedy too many in the film. The film’s already quite heavy. It’s all there, there’s a stain of it. Last Tango was actually when all that was happening.

Nerd Report: I know you can’t include every single movie, but did he at one point discuss everything, down to The Score, Don Juan De Marco or The Freshman?

Stevan Riley: Yes. Just as a fan, I wanted to include a bit more. There’s a clip of Burn! Burn! is one of his favorite movies. He loved working with Gillo Pontecorvo but again, it wasn’t relevant to the narrative I was doing. There was One Eyed Jacks which is fascinating. I love that film as well, but there was always an anecdote. There was something on every film. I was just a question of how relevant was it to the arc of the documentary that I wanted to do.

Nerd Report: Do you recall any good anecdotes about some of the lesser known Brando movies?

Stevan Riley: Maybe if you pick one I might be able to remember.

Nerd Report: How about Christopher Columbus: The Discovery?

Stevan Riley: Oh, he was very depressed about that. He was really upset. He thought that was a fantastic opportunity to really tell the counter history and show how rapacious the Spanish were. The lighthearted romp that became, he was very disappointed.

Nerd Report: He looks depressed in the movie.

Stevan Riley: That was often the case. He often needed money. There’s no question about it. He’d only get off his backside if there was cash to be earned. He was running dry. He had a lot of dependents. Even in those circumstances, he would try and find something interesting and relevant and find a message to bring to the film. It was always very important to him and Columbus presented a fantastic opportunity to tell the history, warts and all, to bring to life the hypocrisy of the tale of this wondrous discovery. But he’d obviously gotten sidelined to that and I think he had that experience on a few things. I think he lost interest in The Ugly American that was directed by a friend of his. He thought Mutiny, even though I love that film, he had bigger ambitions for the third act. It wasn’t all petulance. I think he had higher designs for the film than was often realized, and then he’d get disillusioned.

Nerd Report: Did he say anything about Don Juan De Marco?

Stevan Riley: Actually that was a really nice experience for him. At the end of it, he actually said he wanted to adopt Johnny Depp. There was a massive bond there. It’s fascinating actually. I spoke to Rebecca, his daughter, and she said that of all his roles, that’s the one where she feels that’s closer to his dad in terms of how he was the character. There‘s a lot of reconciliation I find going on there. He’s playing a psychotherapist, which I thought was interesting because of all the psychotherapy he had in his own life. There’s even a picture of his dad on the mantlepiece so I think that might’ve been quite a personal piece for him and I think he was very enlivened and rejuvenated by forming that friendship with Johnny.

Nerd Report: Did you see the documentary Lost Souls on the making of The Island of Dr. Moreau?

Nerd Report: I think the production of that documentary and yours were concurrent, so you couldn’t have seen it before, but I wonder if you’d have any information that confirm or contradict anything in that documentary.

Stevan Riley: I had these recordings where discussions were being made about the progress of the film. I had this behind the scenes footage.

Nerd Report: I bet Richard Stanley would have loved to see Brando’s behind the scenes video, but otherwise I think the calamity of that production was well documented.

Stevan Riley: Yeah, it’s interesting actually, I know that people talk about it being a total disaster, but I see that there are charms to that film. There’s a degree of fun. It seemed like he was goofing around a lot. It was a very subversive intention he had. While I think there were originally more serious notions, it was something a bit more comical. 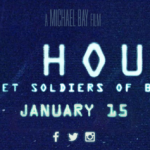 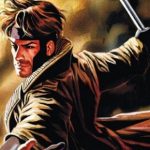