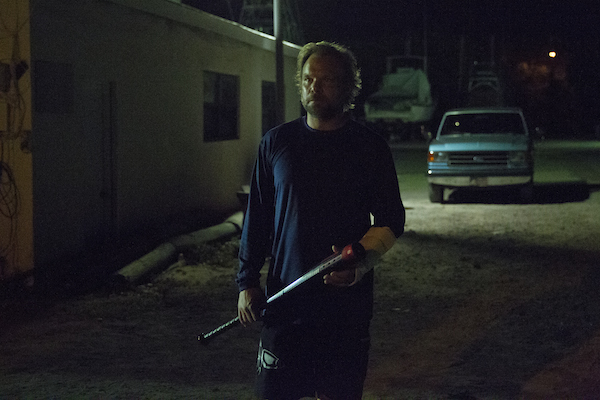 Bloodline ended on a doozy of a cliffhanger. If you haven’t binge watched the entire first season on Netflix, read no further. Norbert Leo Butz was at the Television Critics Association summer press tour for the PBS series Mercy Street, which isn’t on until January 17. So while I interviewed him for Mercy Street, I asked for an update on Bloodline season two.

So that cliffhanger I warned you not to read about is that the final scene introduced a long lost son of Danny (Ben Mendelsohn). How is that going to change the Rayburn family?

“I don’t know,” Butz said. “I haven’t seen any scripts yet. I assume so. It’s going to be wildly. I know Ben is coming back in some fashion but it’s a mystery to us what’ll happen.”

Butz was as surprised by the finale as we were watching it. “I was,” he said. “I wasn’t expecting that in the last episode. It was fascinating, a really great cliffhanger.”

So the Rayburns themselves don’t know what’s in store yet, but Butz gave us an update on when they will find out.

“We start in a couple weeks actually,” Butz said. “I go back down on the 27th of August.”

Bloodline season one is available on Netflix now.