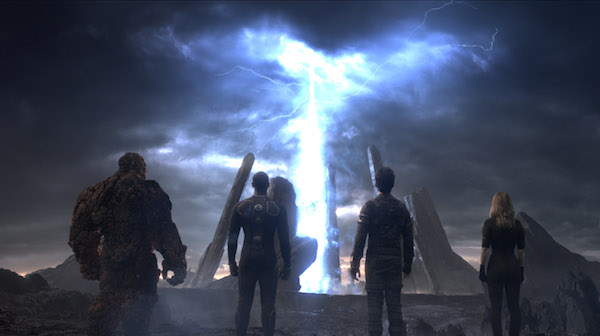 Usually when a movie is the subject of excessively bad buzz, it finally comes out and it’s not as bad as they said. I mean, Aeon Flux isn’t memorable but it wasn’t worse than any other mediocre blockbuster they trotted out on massive PR tours. I’ll say it, I even found Gigli entertaining, the mess that it is with all the reshoots. Sometimes though, you do really get The Bonfire of the Vanities. The reporting about Fantastic Four has been for the most part accurate.

Director Josh Trank has born the brunt of this bad buzz, but it’s not entirely his fault. The screenplay is horribly misguided, and for that Trank only shares 1/3 of the blame. In trying to make a gritty reboot of The Fantastic Four, they forgot to make them heroes at all. They’re basically just really irresponsible scientists who took their invention for a drunken joyride and cause irreparable damage to themselves. That’s the origin story of Green Goblin and Doc Ock, not the heroes.

Sure, you can have flawed heroes seeking redemption, but there has to be a glimmer of beneficial potential. Reed Richards (Miles Teller)’s big motivation is that his parents don’t understand him. Hey whiny bitch, everyone feels their parents don’t understand them. That can’t be your defining character trait. At least that’s more than Sue Storm (Kate Mara) gets. Her thing is she likes music and patterns.

At a certain point reading the script, credited to Trank, Simon Kinberg and Jeremy Slater, a studio executive had to have gotten to page 100 and said, “Guys, when is something going to happen?” After inventing inter-dimensional travel, the government wants to turn Richards’ invention over to NASA. In the ultimate temper tantrum, Richards gets Victor Von Doom (Toby Kebbell), Johnny Storm (Michael B. Jordan) and Ben Grimm (Jamie Bell) to go with him before they lose their invention. Sue gets zapped when they return.

They teleport to green screen land and the visual effects only get worse from there. Portraying Reed’s stretching powers as medical pain is just ridiculous. This is a problem of context. I don’t think even the best stretching effect could be played as pain. Comedy is the only way that works, because it looks inherently silly. The Human Torch looks worse than Ghost Rider, the first one. While engulfed in flame, Jordan’s face becomes an indistinct blob. Basically, when he flames on, the audience gets face blindness. Thing looks good I guess. He does seem integrated into the scenes, which is something considering he is a visual effect. The Dr. Doom costume makes you miss a good old simple mask.

More script problems include the story jumping time twice. First it’s seven years later from when they were kids. Then there’s another “one year later.” It could potentially work in an epic story, but here it calls attention to how disjointed the story is. Two of the four embrace military applications of their powers and two resist, but there’s no depth to this conflict. It doesn’t tear them apart or create reluctant alliances, because the script doesn’t understand the consequences of these conflicts. It doesn’t think past, “Some people like having powers and some people hate it! Whoa, man.” At the end of the film they remember Johnny and Ben have an antagonistic relationship, but they forgot to include that in the rest of the movie. In the climax, Doom paraphrases a classic Ghosbusters line. If that was in the comics before 1984 please let me know.

I have to say bravo to the merchandising team for getting these characters out there. There are no iconic moments in the film. It actually underplays all their powers. Well, Dr. Doom’s Scannersing people’s heads is cool but you can’t put that on a billboard. It’s just all so isolated. They have no interaction with the world. It’s all in underground rooms, the woods, an airfield or another dimension.

Fantastic Four just doesn’t work. It may have been a valiant effort to do something different with a comic book movie, but it’s naive to how those intentions manifest themselves on screen. It wasn’t as bad as Ant-Man though. Fox can quote me on that. 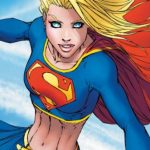 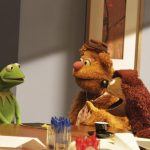