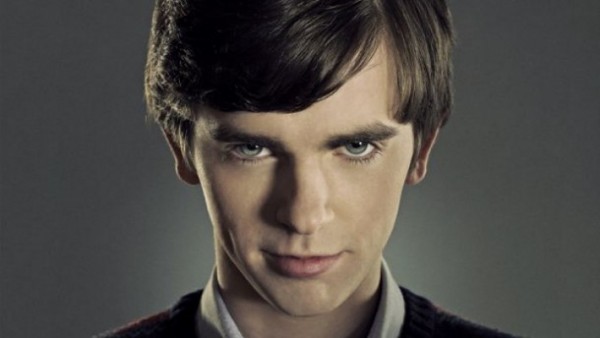 Carlton Cuse was on a Television Critics Association panel today for his upcoming USA series Colony. Colony is about the survivors of an alien invasion, living under alien rule in a walled off Los Angeles colony. Cuse also produces Bates Motel on A&E which just wrapped its third season. After the Colony panel I asked him what we could expect from the fourth season.

“Things are going to kick up a gear,” Cuse said. “Norman is really getting much more deeply effected by his psychology and that’ll have major consequences to the storytelling.”

Season three ended with some major developments, including the fan favorite “Dylemma.” Norman Bates’ (Freddie Highmore] older brother Dylan (Max Thieriot) began a romantic relationship with Emma (Olivia Cooke). For two seasons, Emma was just friends with Norman and they tried to date in the third. This coincided with Norman’s visions of mother increasing. Normal drug dealer Dylan seems like the more stable option for her.

“[Executive producer/creator] Kerry Ehrin and I had thought a long time that that would be ultimately where we would end up going,” Cuse said. “Norman is such an alienated guy that the idea that he would be able to have a successful longterm relationship with Emma, it just didn’t seem like that would work. I think like everything, it’s a combination of  your ideas as storytellers and seeing what the actors do. In this case, I think Kerry and I felt like it just made total sense.”

The end of the third season also saw Norma Bates (Vera Farmiga) take a fall down the stairs. I thought that was an homage to the deadly fall Det. Arbogast (Martin Balsam, or William H. Macy in the remake) took in the movie with the camera following him down. I certainly didn’t mean it as a negative reference, but it’s entirely possible that people fall down the stairs in Bates Motel. It’s a pretty volatile house. Still, I may have been reading too much into that, because Cuse didn’t mean it as an homage.

“Not a direct one,” Cuse said. “We really try to avoid being too referential in a way that pulls you out of the storytelling. It was just a good story point that came up independent of that.”

Colony premieres January 14 at 10 on USA. A&E has not set a premiere date for Bates Motel season four, but airs the show Mondays at 9.

New Until Dawn trailer showcases cause and effect. 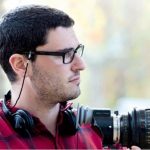 New Until Dawn trailer showcases cause and effect.