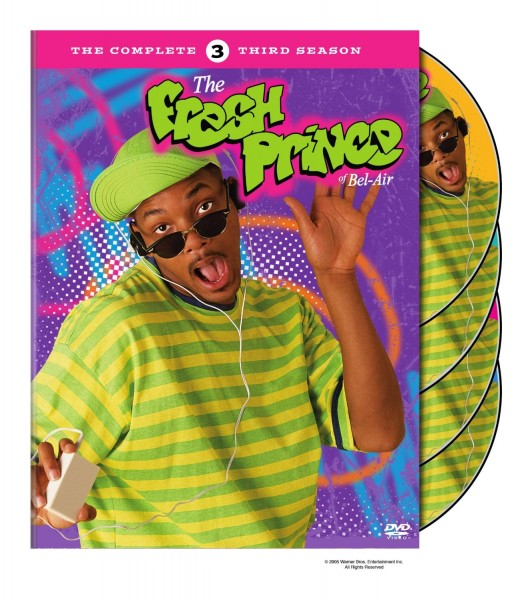 Today TVLine reported that Will Smith was developing a reboot of The Fresh Prince of Bel Air, the NBC sitcom on which he starred based on his rap persona. This follows the current crop of TV reboots like Fuller House, The X-Files and NBC’s planned Coach series with Craig T. Nelson.

Today also happens to be NBC’s day of panels for the Television Critics Association. Robert Greenblatt, Chairman of NBC gave an executive panel, but it wasn’t until follow-up questions after that he was asked if NBC is developing a new Fresh Prince of Bel Air.

“No, we’re not but if you have a good idea…,” Greenblatt said. That indicated that he himself had not heard the news of Smith’s interest, so reporters filled him in that Smith is in fact developing it. While that development is not currently with NBC, Greenblatt opened the door to Smith. “It’s something I’d be happy to talk to Will about, sure.”

During his executive panel, Greenblatt was asked about the Coach reboot, with the suggestion that it seemed like a practical joke when it was announced. Greenblatt described his enthusiasm for a Coach reunion.

“We love Craig,” Greenblatt said. “He’s been on this network for the past six years in Parenthood. He is a force of nature and a real talent. He and Barry Kemp got together and started kicking around the notion of what if we picked up this character 20 years later. They came to us and we just thought it was a graet idea. One man’s practical joke is another man’s hit show.”

Greenblatt also joked about other classic NBC comedies that could be ripe for a reboot. “If it works, Alf the series is next,” Greenblatt joked. “Alf doesn’t age, because [he’s a] puppet.”

Other announcements from NBC’s executive session includes a new show from 30 Rock and Unbreakable Kimmy Schmidt creators Tina Fey and Robert Carlock, created by Tracey Wigfield, one of their 30 Rock writers. NBC is also developing another comedy from Parks and Recreation creator Mike Schur.

Details on both series are being kept under wraps, but Greenblatt described Wigfield’s series as “slightly autobiographical” and said Schur’s would feature “another strong and complicated lead female characters [in] a high concept comedy like nothing seen before about a woman wrestling with what it means to be good.”