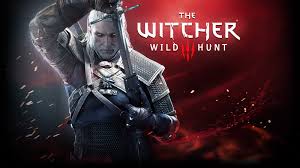 This just may be the first moment of the rest of your witching life.

The Witcher 3 has been out now for 3 months exactly on this date, and we are finally getting some more FREE DLC. This new Add-on will let you begin Geralt’s journey anew with more experience, your old gear, and tougher enemies. Although, you will have to start over on your Gwent card collection. The studio can now get cracking on those two story expansions which will be “almost the size of The Witcher 2,” now that the New Game+ mode closes out three busy months for CD Projekt Red as the last of 16 FREE DLC add-ons.

This is all great news for Witcher fans, but it’s also great news for everybody hoping to hear more about Cyberpunk 2077 (CD Projekt Red’s other ongoing project) before 2020 – which, somewhat depressingly is when the Cyberpunk role-playing game was originally set. By the way, If you were wondering whether The Witcher 3’s New Game+ mode makes the game harder, I have some good news for you: It does!

New Game+ was just added to the game as the last of developer, CD Projekt Red’s free post-release downloadable content. It’s a cool final addition, since many people have finished the game since its release 3 months ago and want to try it again and make different decisions. Maybe to see if they can keep from screwing it up with Triss and Yen this time around. But in the mean time its back to bloodying our blades once again.