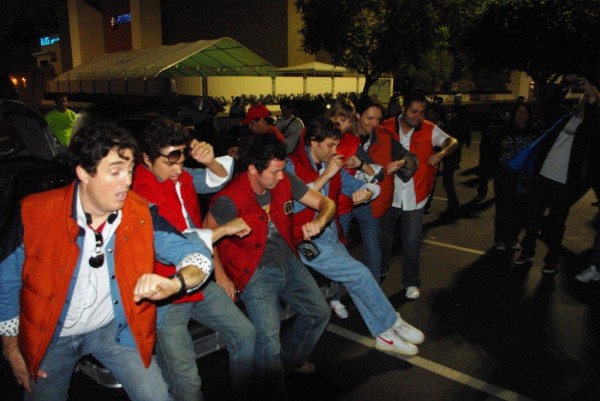 You may remember the significance of October 21. That is the exact day that Doc brings Marty to the future in Back to the Future Part II. I was planning to spend the day watching Part II anyway, but it looks like I’ll have a new Blu-ray and bonus features to commemorate it.

October 21, 2015 will also kick off the week-long We’re Going Back 30th anniversary celebration of Back to the Future. Full details and tickets are available on Weregoingback.com but I attended their 25th anniversary event in 2010 so I can provide a little bit of context.

On Friday, November 12, 2010, 55 years to the date in the original Back to the Future, We’re Going Back staged an exact replica of the Enchantment Under the Sea Dance where George McFly kissed Lorraine and cemented Marty’s existence. Luckily, the actual location in Hollywood still exists, but walking into the redressed ‘50s high school dance is the sort of thing that cannot be duplicated even by any Universal Studios theme park attraction.

New additions to the dance floor that weren’t in the movie included talent from the film taking photos and signing autographs. I may have met Michael J. Fox, Crispin Glover, Lea Thompson and Robert Zemeckis in person, but I would have never met Clocktower Lady Elsa Raven without We’re Going Back. I had a date, and while we’re no longer together, I will never forget dancing to Harry Waters, Jr. (Marvin Berry) singing “Earth Angel.” To top it all off, I was wearing a suit put together by Claudia Wells at her Studio City menswear shop Armani Wells, but my story is nothing compared to the man who proposed to his girlfriend at the dance.

Based on that I am excited for We’re Going Back 2015. Many of the events will be recreated for those who missed them the first time. October 21 is a Universal backlot tour including Clock Tower Square. Hoverboarding stunt practice with audience participation. Location tours, prop and memorabilia auctions, screenings of all three films and talent panels will commence throughout the week.

Single day tickets are available for some events but big ones like Enchantment Under the Sea Dance are only available with the $880 Complete Experience. Proceeds go to Team Fox, the Michael J. Fox Foundation for Parkinsons Research. Check back on We’re Going Back for updated talent attendees, and come back to Nerd Report for more Back to the Future interviews before the 30th anniversary Blu-ray collection. 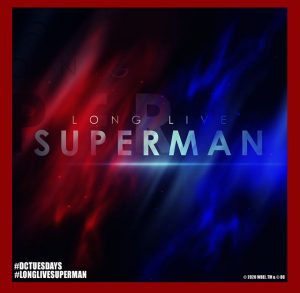 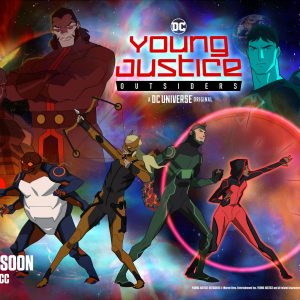 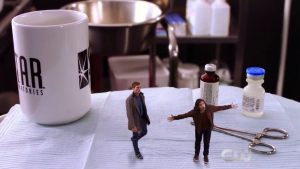 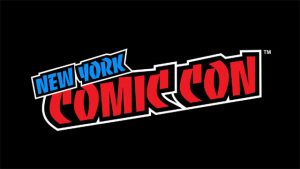 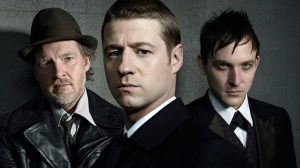 Gotham Review: Reunited And It Feels So Good…