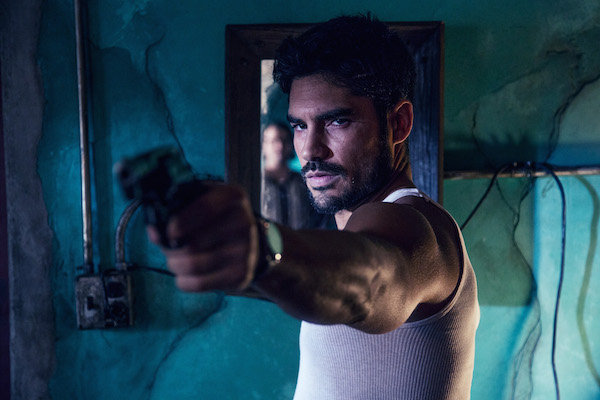 Although it deviated a lot from the movie, season one of From Dusk Till Dawn: The Series ended up in a similar place for Seth Gecko, aiming to start his new life in Mexico. Only when we caught up with him this season, things haven’t gone his way. Seth is now strung out, botching the small time robberies he needs to stay afloat, and this time Kate Fuller (Madison Davenport) is there to watch him fall.

Nerd Report: Did you ever expect to see Seth so strung out and hitting bottom?

D.J. Cotrona: No, I didn’t. We have meetings with our writers in between seasons when they’re formulating ideas. This definitely didn’t come up, so I was very surprised and a little worried at first with the direction that we were going with Seth at first. Ultimately, I think it was a fantastic idea and it was really fun to play. We take Seth who was so iconically defined in the film and the series as the man in charge, the man with the plan, the mouthpiece. A guy that prides himself on having it all together, or at least trying to keep it that way. By the end of the first season, we take away all of his support systems. He loses everything. Hell exists and he’s been through it. His brother’s gone and after this madness that happens, the only person he’s left having anything in common with is a 17-year-old girl.

So his world is very much thrown upside down and he’s a man that gives up. He falls apart and what does Seth Gecko look like at his lowest point? That’s where we intro him in the second season. It was really fun to play. As an actor, it was the polar opposite of what I was doing the first season. Throughout the season, Seth’s story I feel is the underdog story. What does the process of a man putting himself back together look like, and can he achieve it?  The arc we go through throughout with Seth the entire season is a pretty wide one so it was great to play.

Nerd Report: In the labyrinth you got to really explore Seth’s issues with his father. Was that really special to get to explore that backstory?

D.J. Cotrona: Yeah, the great thing about Quentin’s characters and Robert’s characters is they’re so iconic and fun and dynamic that they live on for 20 years, even if it’s just two hours of footage in the film. The great thing about this series and what we were all excited about as a cast and Robert was excited about mining into his own material again and fleshing out was seeing more of the backstory with these characters. Putting them in new scenarios and situations. In the first season, in the labyrinth, mining the history, the family history, the childhoods the Gecko brothers had, it was fantastic. It really helped us inform the characters more for the audience and for us as actors as we move on. We got to do it with James Remar who is a fantastic actor we’re all huge fans of. It was great.

Nerd Report: Through Robert’s connections, do you ever get to hear from the stars of the original movie?

D.J. Cotrona: Quentin’s all over it. Robert and Quentin get together and watch the show, so Quentin’s a huge El Rey fan and watches the show all the time, so we’re always getting feedback and notes and audio clips.

Nerd Report: What were your favorite twists on the movie from season one?

D.J. Cotrona: Robert creates an iconic world, Quentin creates iconic worlds and characters. They’re so rich and run and just exciting that that’s why their movies last 20 years later. We’re watching it every time they come on. To get to crack open that world again, the world of the Gecko brothers that Robert and Quentin did together and just stay with them and expand it, that was the thing for me to really just inhabit these guys longer than two hours. The great thing was, Robert’s been living with these guys in the back of his head for 18 years almost now, so he’s got a ton of ideas. We’re the lucky bastards that get to put it up on the ground and actually play it out loud. When we open up, we have to kind of remind you of the world and who the characters are, and then slowly as it goes on, it diverges into its completely own thing. Now that we’re in season two, it’s open territory. 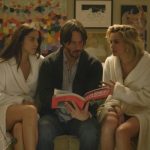 New angry-looking desktops & laptops coming from Lenovo, as they give pc gaming another shot.

New angry-looking desktops & laptops coming from Lenovo, as they give pc gaming another shot.