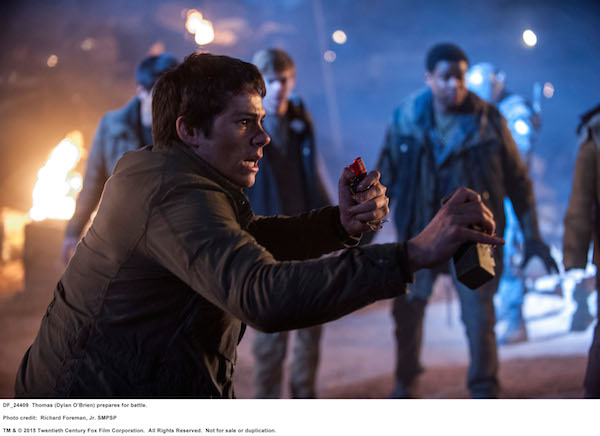 I conclude my week of coverage of The Maze Runner sequel The Scorch Trials with an interview with director Wes Ball. The Maze Runner was his first movie after work in graphics, and he’ll be making the whole trilogy, concluding with The Death Cure.

After escaping the maze, the Gladers thought they were safe, but when they end up in a WICKED facility, they stage another escape. Now they have to navigate the scorch, the post-apocalyptic desert wasteland, where they meet new groups of survivors to help them battle WICKED. Maze Runner: The Scorch Trials is in theaters now.

Nerd Report: When are you going to bring the Maze Runner cast to Belgium to meet your biggest fan?

Wes Ball: I hope one day.

Wes Ball: Totally, Margot. She’s awesome too. I think I follow her even.

Nerd Report: I think she’s doing more for your films than all of Fox publicity.

Wes Ball: I think you’re right, actually. She is great. She’s actually a lovely girl too.

Nerd Report: Yes, I’ve become friends with her too online. So was doing The Scorch Trials more daunting than doing The Maze Runner, because you not only have the fans of the book now but also the fans of your first movie?

Wes Ball: That’s the truth of it. It was more challenging on all levels to be honest. It was bigger. We want to honor the fans and what they’re expecting but also 2/3 of our audience now is now movie fans, not book fans. So we have to basically make sure it’s a good movie too, so yeah, it was a challenge at times. It was a race. We had a lot less time this time too, so hopefully fans will still like it though.

Nerd Report: How is that, you break into feature directing and going into The Maze Runner you know it could already be your first three films?

Wes Ball: I didn’t think about it that way, for sure. I actually didn’t even know if I was going to do the second one for a while, but the thought of letting someone else take the reigns, I got jealous so I couldn’t let it happen. Working with the actors again, the same cast and everything, it was an easy choice .

Nerd Report: You’re actually a rarity, because a lot of the franchises lose their original director, probably because they need to go so quickly.

Wes Ball: Right, exactly. That was a choice. I didn’t exactly have a lot of other movies waiting to be made anyway. I had to make that choice before the first movie came out. When the first movie came out in September, I was already in Albuquerque shooting basically. Maybe there was a little bit of that self-preservation thing too, like, “I’ve got to have my next job.” It was worth it. I think it’s going to be cool to stick with it and it be all one consistent look and vision to it anyway. That’ll be cool. Not many directors can say they’ve done a trilogy.

Wes Ball: It was, actually. It really was. We don’t make changes lightly. I said it before about the first movie, but the first book is pretty straightforward to a movie. Unfortunately, the second book didn’t. Especially being the middle chapter of a three part series. I think James [Dashner] would even admit that he wrote the second book a lot quicker than the first one. He didn’t have as much time on it, so our approach really became taking the next two books, the rest of his saga, of his stories, and figuring out what the two movies were in that. And that basically meant that we had to take some stuff from the third book and use it in the second movie, and vice versa. So it was a little different. It was a little difficult this time. It’s not going to be as close as the first one was to the first book, but at the same time we have James there with us. He’s aware of all the choices and he’s always super supportive of what we need to do to make a good movie. Hopefully fans will go in with an open mind and be excited to see a new interpretation of the story they fell in love with. We always say it’s the same ingredients but a different recipe.

Nerd Report: But that means if one of their favorite scenes is missing, there’s a chance you’re saving it for the third movie?

Wes Ball: That’s right. They’re going to see a lot of their favorite scenes in the movie, that’s for sure. They might be slightly rearranged or done slightly differently, but almost all of our stuff is always inspired from the books and always taken out of the spirit of the books. But there are definitely some things in the movie that I know fans are waiting for, I know exactly what they want. I couldn’t fit them in this movie and I’ve got to save them for the next one. They’ll just have to wait and see.

Nerd Report: Did having only one screenwriter, T.S. Nowlin, make it a more focused adaptation than The Maze Runner?

Wes Ball: Yeah, that was my buddy, T.S. We went to school together basically and he came on and helped me. He was the last writer on the first movie and then we just continued on from there and we have a great relationship. It’s easy to work together. It just makes sense. We didn’t need a lot of writers on this. We didn’t have time for a lot of writers on this so it was really just about us hashing it out constantly every day, trying to make the best movie we could.

Nerd Report: Which monsters were harder to realize, the grievers or the cranks?

Wes Ball: Probably the cranks really. They’re probably equally hard. In the cranks, at least we had real bodies. We had real things that we could be shooting. The grievers were completely imaginary, completely digital but yet, we do have some full CG cranks in the movie too where the actors were basically acting against nothing. So yeah, they’re both kind of equally challenging to be honest. Our goal was to try to do something a little different. And let’s face it, it’s basically a zombie, but we try to do something a little different than just what zombies were. We still got different shades and stages of this kind of infection that takes over the human form. We’ve still got more we want to show in the next one too, so that’ll be fun to continue to play with this virus and what it does to the people.

Nerd Report: Which monster do you personally find scarier?

Wes Ball: The cranks for sure.

Nerd Report: Which were your favorite moments from the Scorch Trials book that you couldn’t wait to show fans on screen?

Wes Ball: Interesting. Let’s see. The lightning storm was pretty fun. That was a scene that would never show up in the movie if it hadn’t been created in the book there. I think Jorge’s lair is really fun. That’s pretty close to the books, meeting these characters in this abandoned building. That turned out to be really fun, a little different but it’s pretty close. I think the travel through the scorch itself was something that was really important to me, this journey through this wasteland and all the different facets and tones that that required. That was a lot of fun. There’s a lot of really cool stuff in the movie that is either pretty damn close to the book, or totally different than the book but it works really well.

Nerd Report: I sort of wanted them to go into each of those burnt out buildings and see what was left in there. Did you imagine what was inside all of them?

Wes Ball: They do in one of the buildings. They go into one of those buildings, what’s left of whatever’s in that building. That’s true, there’s another thing too where they happen to be leaning over a little bit. They go inside that one too.

Nerd Report: Which scenes did you anticipate would be the most difficult in The Scorch Trials, and did they turn out to be?

Wes Ball: Yeah, some of the most difficult scenes were the big set pieces. I set a goal for myself in this one to have more than two and a half minute scenes of sequences. In the last movie, all the resources we had, all we could really afford were some two and a half minute sequences of action. In this movie, we got to really let it unfold and let the scene evolve and be this nice, cool, seven, eight minute tense sequence. So a lot of those sequences became the really difficult ones, and they were difficult. On a VFX level, on a physical level, just shooting it logistically. I’ve gotten a little more comfortable with just directing the quiet, intimate scenes so I wasn’t too worried about those, but just topping ourselves on the action and adventure part of it was definitely a challenge.

Nerd Report: What do you think will be the most difficult thing to realize in The Death Cure?

Nerd Report: Are there any technical things in The Death Cure that you think might push you beyond The Maze Runner and The Scorch Trials?

Nerd Report: Was there ever any pressure to do The Death Cure Part 1 and Part 2?

Wes Ball: Not that I know of. Maybe I spoke out of turn a long time ago. I said for me, three is the magic number: beginning, middle, end. Not beginning, middle, end, end. Maybe I spoke out of turn but they knew pretty quickly where I came down on it. No one’s ever talked to me otherwise so my plan is still just to do one movie.

Nerd Report: What would be your weapon of choice for the zombie apocalypse?

Wes Ball: Oh, good question. I think I’d probably have a Thomas or a Dylan O’Brien next to me.

Nerd Report: That’s a great answer. Is The Maze Runner ultimately about kids rebelling against authority, which is what all kids are thinking about?

Wes Ball: Yeah, totally. That’s basically what these stories are. I think it’s why the young people relate to it so well. At the same time, I didn’t try to make this as a YA movie. In fact, I told them my personal goal in this movie was to transcend that YA stigma, that label that we keep getting because I didn’t make that. I just made a movie with young people in it. Hopefully people will watch it on that level and discover that or at least know that it’s not one of those teen movies. It’s young people making very adult, very mature choices and no dealing with teen issues.

Nerd Report: Besides visual effects, were there a lot more physical pyrotechnics on The Scorch Trials?

Wes Ball: Yeah, there were. There’s a lot more in this actually. I think you see in the trailers too, we got to do some big ‘splosions. Whenever WICKED comes around, something big happens. 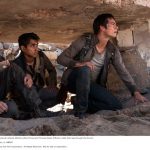 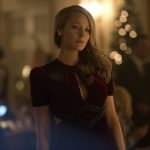