As Franchise Fred, I am biased against prequels. I’m interested in stories moving forward, and going backward takes away what I love about sequels. Even after I wrote about that in a Freditorial, I recalled some prequels I liked. Oz the Great and Powerful worked mainly because it was an excuse for Sam Raimi to beat up James Franco, and X-Men: First Class was the series’ best while still in continuity. Reboots are a different classification, because they’re designed to reset continuity, not fit in seamlessly.

There’s a lot I did like in Pan. Joe Wright directs some imaginative sequences. I’ve never seen bungee jumping pirates in the sky before, and the flying pirate ship vs. WWII bombers was cool. I even liked the inclusion of rock songs, Moulin Rouge style, or more accurately A Knight’s Tale style because they are sung by the extras diegetically. Peter (Levi Miller) falling on his balls is never not funny.

Unfortunately, the origin of Peter Pan turns out to be the same origin as 90% of other fantasy movie characters. He is the chosen one in an ancient prophecy. There’s a theory that there are only seven original stories in the world anyway. If every origin story is a chosen one prophecy, then there aren’t even seven.

Once we hear Pan is the chosen one, the rest of the film is just going through the motions. It’s already been prophesied so every set piece is just busywork to get there. Now, Wright can direct a green screen set piece better than most. The animated Memory Tree sequence is a better looking way to deliver exposition too. Although by the time Hugh Jackman and Rooney Mara are dueling on the beam of a ship, it made me sad that there was never even a pair of stunt performers doing anything graceful at a reasonable height. It’s all just Mara and Jackman tracing a line on the green screen stage.

J.M. Barrie added fairy dust as a requirement to fly, because when he just said “think happy thoughts,” kids would try to fly and hurt themselves. Now parents need not worry because even happy thoughts and fairy dust aren’t enough to make one fly. Only the chosen one can fly.

It’s an unnecessary explanation. Peter is already able to fly temporarily at the beginning of the movie, but then only tries flying again to fulfill the prophecy. Why would a kid need any motivation to try flying? If he flew once, he should be driven to learn to use this power at his leisure.

By the time Peter learns how to fly (spoiler for Peter Pan. He can fly.), there’s no indication that he learned to think happy thoughts, even though it’s clearly suggested that this is what made him fly the first time. Maybe it’s that he’s come into contact with more fairy dust, but it seems to just happen because it’s the end.

Hook (Garrett Hedlund)’s hook is just a tool he uses so it was nice that they didn’t make too big a deal out of “his name is Hook and he uses his hook! See?” But when Hook meets the future Smee (Adeel Akhtar), the film can’t even wait to point out their future connection, to the point where it even annoys Hook that it’s happening so quickly. It’s another trap of prequels, that they become obsessed with explaining major elements of the original too quickly, so their significance is reduced.

I’m still waiting for the prequel that recontextualizes a franchise so that you can watch the originals from a different perspective. If you were wondering how Peter Pan got all those powers and met his cohorts and nemeses, the answer in Pan is simply: “he was prophesied and chosen to do so.” That only reinforces the status quo. He became Peter Pan because they already decided he would be, which is also no different than “because J.M. Barrie created him.” It also robs Peter Pan of agency, but you can look forward to agency in the sequel, written by J.M. Barrie 100 years ago, where Peter Pan does things of his own accord. 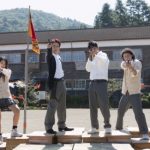 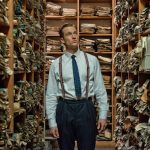