I discovered Julia at Screamfest 2014. It was a breakthrough role for Ashley C. Williams and profound twist on the rape revenge genre. After being gang raped, Julia (Williams) undergoes unorthodox therapy where she’s taught to lure potential rapists to their doom. The catch is she can’t use it for personal revenge because that keeps her in the victim paradigm. Do you think Julia will let her own attackers go?

At Screamfest I got to become friends with Williams and writer/director Matthew A. Brown. I moderated their festival Q&A and celebrated their award wins at the Screamfest closing party. We caught up for new interviews for Julia. You can see Julia in theaters or VOD Friday, October 23, and if you’re in Burbank you can meet Williams and Brown in person at the 7:10 show.

Nerd Report: What has this journey with Julia been for you?

Ashley C. Williams: It’s been pretty incredible actually. Kind of a long journey. We started shooting the film about two years ago. Now that it’s finally coming out, I’m just beyond thrilled that it’s getting a theatrical release. It’s definitely changed my career in many ways in a good way.

Nerd Report: Did you get to do everything you’ve always wanted to do as an actor with the role of Julia?

Ashley C. Williams: It definitely is a role that I don’t think comes along very often so I was given an amazing opportunity to really dive into a very deep character. There’s definitely way more things as an actress that I’d love to do in whatever character is thrown at me, but I think playing Julia really gave me a great chance to show what I’m capable of.

Nerd Report: I guess there’s no one role that has everything.

Ashley C. Williams: Right. It was a juicy role, is what you can say.

Nerd Report: Are you a bit torn in that you love the character Julia so you don’t want bad things to happen to her, but when they do that creates all these tremendous opportunities to explore?

Ashley C. Williams: Well, you know, when I was doing research in the beginning of shooting, when I was trying to figure out how I was going to play her, what part of me that I could bring to the role, there were definitely aspects of her character, things that she does that I had to find the beauty in them I guess. I had to put myself in her shoes as well and agree with the journey that she decides to go on. I don’t think I remember ever being torn with the things that happen. I think I just let myself be completely open to everything and use that for my performance.

Nerd Report: I guess I just mean sympathetic that you hope she never gets hurt, but in the story she has to be.

Ashley C. Williams: I think it’s, not inevitable, but she’s putting herself in dangerous territory. She goes against the therapist’s number one rule which was not to take it personally, but she happens to run into one of her attackers. So it drives her in a different direction, but ultimately it gives her this sense of empowerment as well and strength to just use this new her in a way. The strength in what she used from the therapy as well, the therapy works.

Nerd Report: There have been movies where a woman is raped and gets revenge, and no matter how satisfying her revenge, there’s really no appropriate retribution. Did this wild therapy idea strike you as maybe a more satisfying response to the crime than just revenge?

Ashley C. Williams: I think so, definitely. She wins out, not just for what she does to other people, but for herself. To me, that was definitely satisfying, knowing that what she was like at the beginning of the film, this completely arc and journey of what she experiences from beginning, middle to end is for me completely satisfying. I think definitely the therapy though could’ve been more drawn out and I would’ve loved to see more of that, but maybe you don’t need to. I think it’s really all about her journey and her experience with the road she takes.

Nerd Report: What do you think ultimately makes Julia break the program and make it personal?

Ashley C. Williams: When she sees Adam at the medical office, something kind of snaps in her. Before, without having seen any of the guys since that night, she was very ready to just move forward with what the therapist wanted her to do. Then as soon as Adam appears to her, it’s like all hell breaks loose and she then remembers how much he just sat there and watched it all happen and didn’t do anything. That really triggers something inside of her. Because he starts to appear more often, starts to stalk her in a way, she can’t help but do something about it. That was the breaking point.

Nerd Report: Were there any particularly difficult shoot nights in New York?

Ashley C. Williams: There were a lot. We shot in the dead of winter, so it was super cold all the time. Even more so at night. All the scenes that were shot outside, I was just completely numb all over. You have to just put yourself into this mindset of just not believing that it’s cold out so that you can actually move your lips to talk. There’s a lot of inner meditation going on, trying not to think and remember the lines at the same time. It put me in a sort of high zone of I just gotta get through this because it’s so cold outside, we have to get this one shot.

Nerd Report: Does that give you new tools to use in future roles?

Ashley C. Williams: Yeah, for sure. I definitely learned so much for this role for future work. There were so many different challenging aspects that are so privy to what I can do in the future. I’m just excited to start working on that again.

Ashley C. Williams: I did, yes. Victim and his other film, Crush, were given to me to watch prior to even reading the script. They wanted me to see his visual style as well, so when I saw Victim, I definitely saw what this film could potentially look like and feel like. I was very, very excited because it was very well done.

Nerd Report: With his style, were there any technically difficult setups to get through while you’re trying to be emotional?

Ashley C. Williams: You know, with every film that I do, that anybody does, there’s always something crazy going on in the background that as an actor, you learn to mute out. It’s kind of your job to do that, to not let it distract you and to keep in the moment. there were definitely times where people would be moving around and setting stuff up. I was trying to prepare for a super emotional scene or something that was really deep. You have to just sort of drown out all that. It takes time to practice that but I think you learn ways that work for you to be able to do that.

Nerd Report: Do you somewhat stay in character between setups?

Ashley C. Williams: Yeah, for sure I have to. There are times where it’ll be a long few hours between setups and I’ll either just sleep or I need to run around and crack jokes or try to stay warm so I’ll get out of it just to pass the time or keep myself awake. I definitely go in and out but mostly if it’s not a lot of time in between setups then I’ll sit in a quiet corner by myself with my headphones and just keep in it.

Nerd Report: Were the other cast, particularly the actors playing the men, really sympathetic and protective of you?

Ashley C. Williams: Yes. Everybody was very professional and very supportive, especially the scenes where I had to be naked or especially during the rape scene. I was lying naked on a pool table and I would just have to lie there in between setups. Of course the wardrobe people would come and throw blankets on me in between takes and made sure I had water or whatever I needed. The guys were just really, really great and respectful so I felt completely protected and supported the entire time which was really nice to have.

Nerd Report: Have you shot anything since Julia?

Ashley C. Williams: Now, I haven’t actually. I’ve gotten offered a lot of roles for mostly horror/thriller type movies, and others that I just didn’t like the scripts for. I’m sort of waiting for that one amazing script to come my way because I’m just right now really wanting to be very picky on what my next film is.

Nerd Report: Do you have desires to do completely different things like a rom-com?

Ashley C. Williams: Yeah, for sure. Anything that comes my way like that, if it’s a good script, the director has a vision behind it, I’ll definitely consider anything. So excited to see if that comes my way in the near future.

Nerd Report: What does a first time director have to do to give you the confidence that they can do it?

Ashley C. Williams: I think that they have vision and competence behind the camera, and that they can show me that they know what they’re doing. I think also if they’ve written the script as well, it’s really helpful because then they’re really, really invested in the story and the character development. But I have definitely been offered some other films before where it’s a first time director and I’ve passed on it because they weren’t able to show me what they would do with it. they didn’t shoot any short films prior to that. There was nothing that I could really see of their work. But, I’m not against working with a first time director, even if they don’t have anything shot before. I think that if I have a conversation with them and they really convince me that this is something really special and will be really great, then of course I’ll consider it. I think Matthew was an exception just because he had written the script and he had two really beautiful, award winning short films prior to that which really helped in the negotiation process of saying yes to the role. 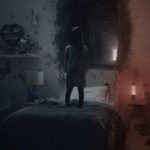 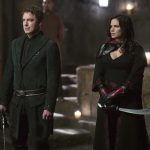