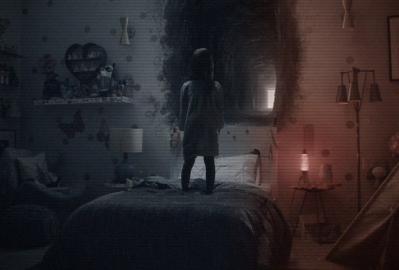 The Ghost Dimension is the final Paranormal Activity like The Final Chapter was the last Friday the 13th. There’s nothing final about it whatsoever. They may close one or two loops but it doesn’t bring any resolution to the big loose threads. I actually welcome final chapters, because the feeling of closure inevitably leads the filmmakers to think of new ideas to keep the franchise going. See both “final chapters” of Friday the 13th, Freddy’s Dead: The Final Nightmare and The Final Destination. I’m still not convinced there won’t be another Saw, but The Ghost Dimension doesn’t even give the sort of closure that would likely inspire another sequel.

Ryan (Chris J. Murray) and Emily (Brit Shaw) let Ryan’s brother Mike (Dan Gill) stay with them. Ryan and Mike find and old VHS camera and tapes from the previous homeowner, who were Katie and Kristy’s parents from Paranormal Activity 3. The camera lets Ryan see ghostly images, which explains why he keeps filming. That’s the only way he can see the ghosts. Those are also the parts of the movie that are in 3D.

The ghost images are a fun new gimmick that gives this Paranormal Activity a unique twist, but it’s also a different sort of suspense than the unseen effects of the previous films. Now we’re allowed to see the specter approaching while the family is unaware of what’s coming for them. Ultimately, the “scare” is still that the specter suddenly crashes into something and makes a loud banging noise. Drawers and cabinets still open on their own, but now you see the black specter doing it.

Ultimately Ryan does set up cameras to record his daughter Leila (Ivy George) sleeping, and Mike is sure to comment on what has become the series’ main trope. Being self-aware is nice and delivering a reasonable interpretation of the series’ night recordings is appreciated, but there’s nothing that lives up to the magnificent set pieces of Paranormal Activity 3. It ties into the mythology of 3, and the timeline of that makes it unsettling, but it ends up going through the same motions. Leila being supernaturally assertive is scary and some of the sticky outty 3D gags are appreciated, but without a certain adult character being involved at all, I can’t see how this concludes the story.

I’ll give you that a VHS camera from 1988 shows 3D because of paranormal activity. I’ll even give you that a 1988 VHS tape plays in 16×9 without any stretching, as long as I get to point out that I know how VHS works differently from HD. Is this the first Paranormal Activity with closing credits? Maybe 4 or The Marked Ones did and I don’t remember, but that seems more off formula than anything else.

If it weren’t promised to be the final Paranormal Activity, The Ghost Dimension would be a passable entry in the continuing series, somewhere below 2 or 3 but maybe above 4. Even though I don’t believe it will be the last one, I have to evaluate it as if the filmmakers believe it is and they’re giving it their ultimate word. The 3D ghost vision is neat, but it’s not definitive enough to be the supposedly ultimate statement of Paranormal Activity. 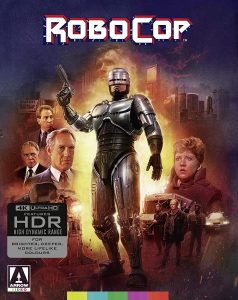 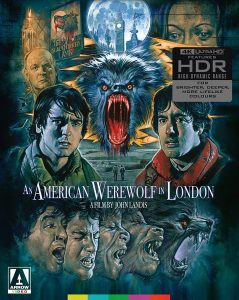 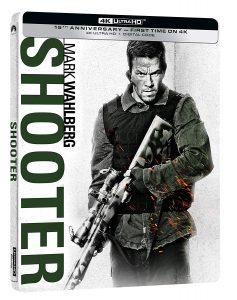