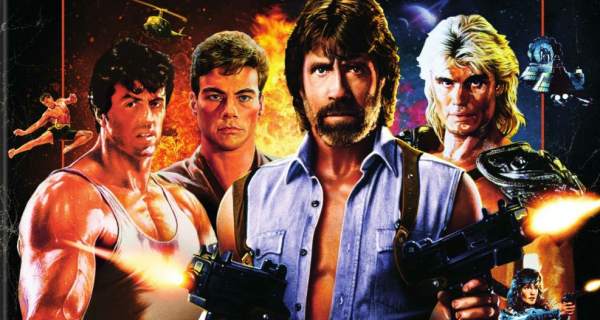 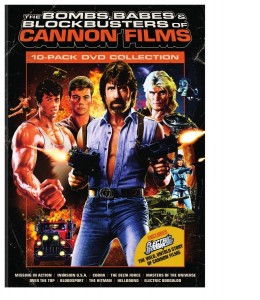 Last month the documentary Electric Boogaloo: The Wild, Untold Story of Cannon Films came out on DVD, giving Warner Bros. Home Entertainment a chance to rerelease 10 of the Cannon films in their library. These have been available already and many are available on Blu-ray, but the new set gives us a fun chance to reflect on our Cannon favorites.

Many of the Chuck Norris films in the collection are full frame, but that just made me feel like I was back in the old VHS days renting them. I’m not surprised there’s no widescreen version of The Hitman or Hellbound, but even The Delta Force? That one was legit! Even Missing in Action, Norris’s signature film, is letterboxed but not anamorphic.

The Stallone movies, Cobra and Over the Top are widescreen as are Bloodsport and Masters of the Universe. I actually have no problem with the Cannon Masters of the Universe. It’s Dolph Lundgren swinging a sword, Frank Langella in Skeletor makeup and actual sets where today it would be all CGI. Bloodsport is a classic and Over the Top is so committed to being the Rocky of arm wrestling, it’s magnificent. I never like Cobra as much as I want to, given the amazing catch phrase of “Crime is a disease. I’m the cure,” but I keep trying.

Some important notes about the Electric Boogaloo documentary itself. The packaging advertises 25 minutes of deleted scenes but there are only 15. It includes Captain America and Spider-Man stories, and I truly didn’t know that Cannon interpreted Spider-Man literally and were making a monster movie.

The best celebration of Cannon is probably the 30+ minute collection of trailers. Several have nudity right in the trailer which is classic Cannon. It includes my favorites like King Solomon’s Mines, Masters of the Universe, The Delta Force and Last American Virgin (on Blu-ray from Olive Films!) Other Cannon favorites like Invasion USA, Death Wish sequels and Breakin’ are also included. The Superman IV: The Quest for Peace trailer actually makes it look like a real Superman movie!