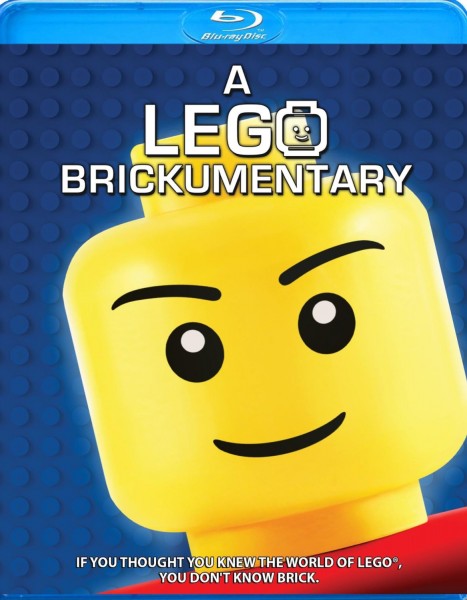 Ask a film critic and it was the animated LEGO Movie that brought LEGO back. Ask lifelong LEGO builders, and they never went away. Even while the landmark animated film was in the works, a documentary team was making the ultimate LEGO biography. That film, Beyond the Brick: A LEGO Brickumentary is now available on DVD and Blu-ray, with deleted scenes included.

Directed by Daniel Junge and Kief Davidson, A LEGO Brickumentary tells the history of the LEGO company and follows builders in the current community of AFOLs, or Adult Fans of LEGO. Over the summer, I actually moderated a Q&A with Davidson and Bricknerd animator Tommy Williams.

Now I got to speak with Junge by phone about making the documentary and what new scenes we’ll get to see on the Blu-ray and DVD.

Nerd Report: How long have you been into LEGOs?

Daniel Junge: Well, about 40 years if you consider interest [being] laying on a carpet with my brother piecing things together, but I was not one of those lifelong AFOLs that you learn about in the film. I drifted away from the toy when I was a kid, and have a strong sense of nostalgia for it. So when this opportunity arose to possibly do a LEGO film, I jumped on it.

Nerd Report: How did you hook up with Kief Davidson?

Daniel Junge: Kief and I have known each other for about a decade and just have mutual respect for one another, and I needed a partner on the film. I was kind of in over my head and we talked about collaborating for a long time, so I brought him on and the two of us worked together on the film.

Nerd Report: Did you split up to cover different LEGO events?

Daniel Junge: Yes. There’s almost nothing in the film where we’re actually in the same place shooting. It was the nature of this film and you can see how it’s all just all over the place. In some ways, it’s a collection of short stories rather than one long story. So we split up and handled just about everything in the film individually. 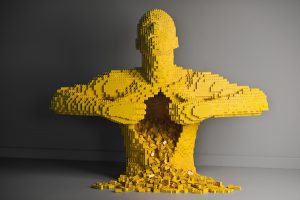 Nerd Report: Which were the events you personally attended?

Daniel Junge: When it comes to the big conventions, we both did Brickworld. I did BrickFair and he did BrickCon. For the AFOLs watching the film they’ll be able to recognize what’s been shot at which convention for sure. It’s that particular.

Nerd Report: How did you hook up with BrickNerd to do the animations?

Daniel Junge: That was a connection through the AFOL community and actually through the BrickCon community. We heard about Tommy and the incredible work he did. It was amazing what he did. He put all of that together in about six weeks, which is pretty amazing because it’s all built from scratch and fully stop motion animated. So it was important to us that the animation in the film come from a true AFOL which Tommy is.

Nerd Report: What cool extra scenes are on the DVD and Blu-ray?

Daniel Junge: Kief and I both wanted our favorite scene that hit the editing room floor which of course always happens. Not favorite scene, favorite stories literally. There’s a rather large story that was a casualty of the edit following FIRST LEGO League which is the elementary school robotics league that’s international. We followed a team here in southern California for many months. It was a great story but in some ways it was overpowering the whole film. That story will be fully intact in the DVD extras. Personally, I have a story that I was filming around a LUG, or a Lego Users Group of young punky kids who work virtually. Instead of working in the same room or the same town, they work all around the country and all around the world and they come together at conventions to put together these big builds. Those are the two big DVD extras that Kief and I ware both individually excited about.

Nerd Report: Was the tone tricky, to do something that was informative for adults and appropriate for kids?

Daniel Junge: Yeah, that was our intention from the start. Kief and I have both made “serious” films and we wanted to make the first film that our kids could watch, which is true. Both of us six and seven year old kids. This is the first film that they can actually enjoy. But then we didn’t want to lose the serious aspects of the documentary. So hopefully they’re both there, but if we erred to a side there, we definitely erred to the side of fun and friendly to kids.

Nerd Report: Was it tough to uncover any of the history of LEGO? I was shocked how many factory fires they had.

Daniel Junge: No, the history’s pretty available. The history of LEGO is well documented because it’s such a beloved company. There was a little bit of discussion with LEGO about the tone and whether it was reverential enough to refer to these fires they had. We wanted it to be a little snarky and a little irreverent. I think in the end they like it as much as us. 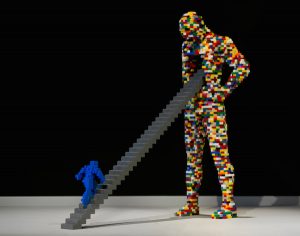 Nerd Report: When the AFOLs found out you were shooting a documentary about LEGO, did they welcome you with open arms?

Daniel Junge: I would say they welcomed us with very skeptical arms because they want as much attention to this beloved, not just toy, but the phenomenon that is LEGO. They want the intention and they certainly loved that it was an AFOL centric film, but at the same time, when you’re dealing with something so beloved, there’s a responsibility on you as filmmakers. It was daunting at times because it’s such an internationally renowned, not just toy, but phenomenon. We were entrusted with telling the story and that can be a little overwhelming.

Nerd Report: You were on the set of The LEGO Movie. Who actually began filming first?

Daniel Junge: We were shooting the live action stuff, which was towards the end of their production. When we worked with LEGO on making our film, the idea was that ours would come out around the same time, but we just had much longer stories. They had of course a theatrical date which was set in stone, so we ended up taking a lot longer to make our film. Then Radius chose a date last summer to release it which was another bit of a wait. So the two seemed to be far apart from one another but at one point, we were obviously working at the same time.

Nerd Report: When you started making a documentary, did you know there was another LEGO movie in the works?

Daniel Junge: We did and LEGO informed us of that and obviously gave us the access to film a bit of that, and film with the directors. Nobody knew that it was going to be the phenomenon it became. Hopefully our film shares some of the same zeitgeist as The LEGO Movie. We believe that they speak to some of the audiences. So far the success of the film has been great for us. Some of that is attributed to not necessarily directly to The LEGO Movie but the fact that this whole phenomenon exists right now and we’re part of that too.

Nerd Report: When you were on the set for the live action parts, you were sworn to secrecy but did you have any idea what that was going to be and how it would incorporate into the animated film?

Daniel Junge: I think we just knew, talking with Phil and Chris, how brilliant they are. By virtue of what they were talking about in the film, you could just tell by being around them. But no, we had no idea that it was going to become what it became.

Nerd Report: Speaking of waiting for your stories to end, how did you know when you’d reached a good point in the stories that you could wrap production and go into post?

Daniel Junge: [Laughs] I wish I could say that all of the stories came to an elegant ending that we had predicted, and that we, because we’re such smart directors, figured out that we had all we needed for a film. Sometimes making a film like this, you run out of time, you run out of money and you run out of energy to some degree to edit. At a certain point we just had to say uncle because we could’ve kept on going forever in this universe. To some degree, the actual production of the film was just dictated by schedule and budget and needing to quit. 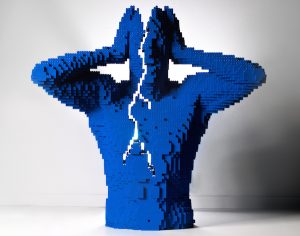 Nerd Report: Was it a challenge to make LEGO building compelling cinematically, or is it inherently compelling to watch?

Daniel Junge: Obviously you’re dealing with the element of time and that’s why we do use some time lapses in the film. Often the challenge of documentary is there’s not a lot to look at. There’s just so much to look at with LEGO. The completed construction, but also the building of it and scale, because some of these things are so big and yet so much of it can be shot with macro. You can play with scale. It was a really fun film to shoot visually. No, we never hurt for visuals in the film.

Nerd Report: Since you finished the Brickumentary, what interesting things are happening in the LEGO world?

Daniel Junge: I can’t really comment on that because we documentary filmmakers immerse ourselves in worlds so deeply, and then we’re onto the next thing. The LEGO universe is so massive and ephemeral that I’m sure there’s so many amazing things that we’re disconnected from now because we’re moving onto our next projects.

December 3, 2019
James Gunn Gets His Groove On As Disney Reinvites Him To Join Marvel For GOTG Vol. 3!