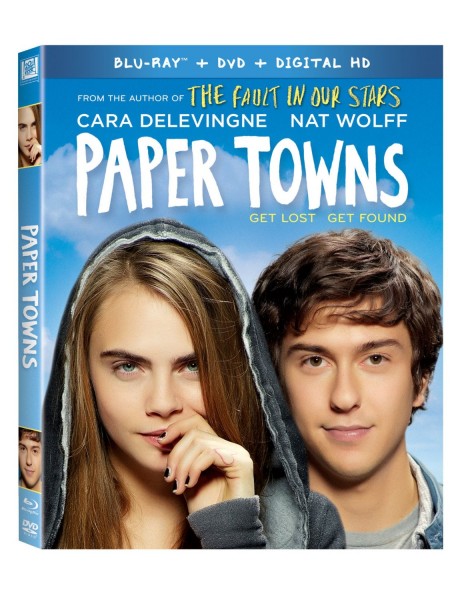 The summer romance Paper Towns is now on Blu-ray and digital, and I’m sorry I waited until now to review it. Now months have gone by with kids thinking this is cool and getting the wrong messages from it. Movies have long been filling our heads with notions of wild card free spirits rescuing us from our humdrum existences, but the good ones either fall into healthy fantasy or true personal growth. Paper Towns is messed up from the beginning.

Margo (Cara Delevigne) and Quentin (Nat Wolff) have been neighbors since they were kids. On one of their first outings together, they found the body of a suicide victim. Since I know that this movie ends up with Q and Margo having a teenage adventure that makes him search for her, so this raises a huge red flag.

Clearly Margo was traumatized by seeing the bloody suicide victim so that explains her erratic behavior throughout her teenage years. Instead, she’s idealized for having adventures like traveling with the circus as a kid or with a band as a teenager. Neither of those are my fantasies, but if they are yours there are healthy ways to achieve them.

I get having an adventure to escape the boredom of high school suburbia. However, Margo’s idea that happiness only comes from rebellion clearly speaks to a broken home, even if the movie hadn’t revealed childhood trauma. Actually, we see Margo’s parents once, and they get it. They’ve maybe given up now that she’s 18 but they’re still together so I guess my broken home theory needs work. Well, someone let her go off with the circus as a toddler so that ain’t healthy.

Basically, Margo is just the superficial cliche of anti-authoritarian rebellion. She doesn’t even obey the rules of spelling and capitalizes middle letters of words. Random capitalization is all she has. She’s so desperate to be original she doubles down on nonsense. I’m confident my thoughts and character will make more impact than some artificial reworking of linguistics. Saran wrapping a car is clever, I will give her that.

Break out of your comfort zone, yes. That’s called growth. Being irresponsible is just acting out. And this is just the first act of the movie, so since the movie already lost me at Margo, spending the rest of the movie looking for her was a slog. But let’s say Margo even was a healthy muse for Quentin. You know what else is good? NOT being abandoned!

I know the point is we shouldn’t idealize people. That is a healthy lesson for young audiences to learn, and the only way to get there is to begin with a broad idealization. I’m being extra tough, because the ideal of Paper Towns shouldn’t feel ideal to anyone in the first place. We should value support, surround ourselves with people we can count on to be there and let go of abandoners from our lives.

Clearly Paper Towns spoke to a generation. For them the blu ray looks gorgeous. It is sharply clear and bright, but also stark with real world colors so the abandonment feels more palpable to me. The distant lights of Orlando nights light up the screen in HD.

Given my feelings on the film I hope you’ll forgive me for not spending additional time listening to the commentary or watching the behind the scenes extras. I did watch the deleted scenes which include a nice moment between Quentin and his mom and some more scenes on the road trip. An alternate scene has the boys sing “Shake it Off” instead of “Pokemon,” which for some reason only felt more insufferable to me.

Any film is open to interpretation and I’m sure Paper Towns left some people wishing they could have a Margo for just one night, and others feeling validated that they’d outgrown their Margos. Whether you’re stuck on a Margo or you are Margo, you deserve better than Paper Towns. There are movies about people fulfilling real dreams and experiencing things more extraordinary than a fake Easter egg hunt with pretentious clues. In both cinema and real life, it gets better, kids. 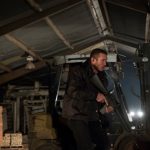 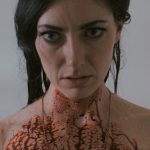