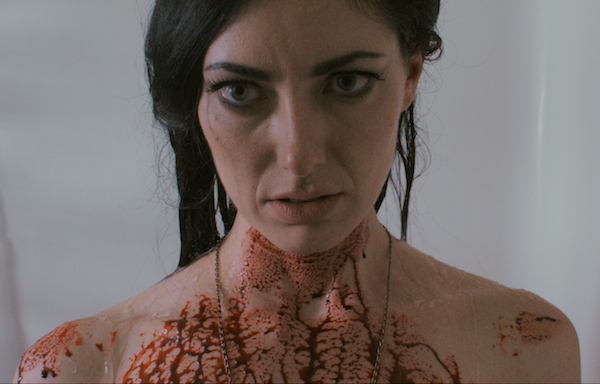 Mania is a story about tragic hope, the kind of hope that leads someone deeper down an unhealthy spiral they would otherwise navigate around. I mean, it’s about two lesbians on a murderous road trip. That’s what you put on the poster, but I’m saying it’s about the tragic hope where even the audience is compelled to see it through, holding out hope for our beloved characters,

Mel (Ellie Church) and Brooke (Tristan Risk) are lovers who go on the run after Brooke has a violent episode. Even on medication, Brooke is volatile, but on the road there are even more unpredictable factors that threaten to set her off at any stop.

Risk really captures the sort of freaking out that manic conditions entail. She can be completely loving until one unfortunate occurrence sets her off. Having known the condition (fortunately only through acquaintances), it’s always appreciated to see it portrayed compassionately.

But Church shows what it’s like to love someone suffering from mania, and that is extraordinary. Not only picking up and leaving, throwing everything away to protect Brooke, but moment to moment trying to fix something that doesn’t follow any rules. The film also shows how mania distorts relationships. It doesn’t matter what Mel says. Brooke hears something else. Screenwriter Jonathan Scott Higgins captures it in the material, and the actors bring empathy to their performances.

Director Jessica Cameron gives us a lot of ways to experience a sort of mania without disrespecting people who actually suffer from psychological conditions. It can be as simple as an incessant tapping that drives the audience crazy, or surreal and violent dream sequences that show what stress it can put on Mel’s psyche. Compound all this by the fact that they’re on the run from violence, and bringing more violence along with them.

This is a horror movie so you can expect plenty of graphically violent encounters. You can also expect a lot of tender graphic love scenes, both fulfilling the horror movie trope of nudity and imbuing the lesbian relationship with every component of adult relationships. Any discomfort can come from mixing loving nudity with bloody violence. It would certainly have been dishonest to deny the entanglement of both in a story like this, and Mania is all about honesty.

Clearly I was so into Mel and Brooke’s story that I would have paid attention to a black box theater version of it. It’s not a story that needs explosions or CGI, and the violence it requires is delivered. It looks classier than other indie horror, many of which seem to get a lot more attention, because it is composed like a professional movie. The dream sequences are beautiful, but simple dialogue is framed in compelling ways. A couple of reveals happen with a foreground character on the left while the background character makes a discovery on the right. Intercut dialogue in the car frames the passenger right and the driver left. It makes a static conversation dynamic and shows the filmmakers (Cameron and cinematographer Josh Chiara especially). That understanding of shot composition in turn means that limited resources are no excuse for a film looking like crap.

Mania is an example of the type of film where story, character and performance transcend the limitations of its production. I’m not going to say you can’t tell that it’s a shoestring budget guerrilla indie, but you can tell that these filmmakers know what they’re doing with a shoestring guerrilla indie. 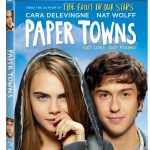 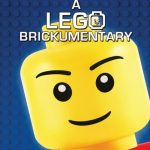