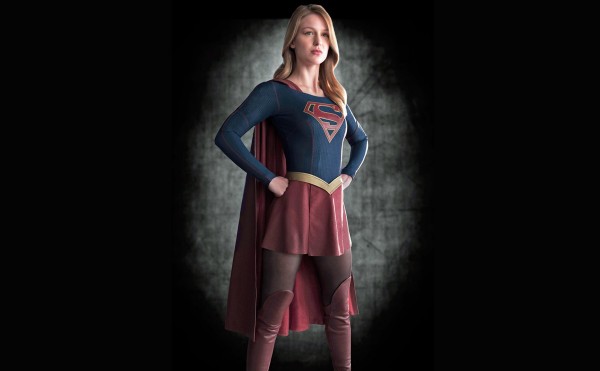 In ‘Man of Steel’, Superman explains that the S symbol on his chest is the family crest, and means Hope in Kryptonian. But in Supergirl, it’s also the family crest, but it means ‘Stronger Together.’ And that’s why this episode is about building Supergirl’s team. She needs the help. It’s a week after she caught the falling plane and became a media darling, and now she’s now being vilified as a menace.

Supergirl has all these powers, but she’s not sure how to use them. She wants to help people, but ends up doing more harm than good. And the press is having a field day exploiting her failures. She tries to stop a dock fire, and can’t get a handle on how to use her super-breath. Then when she tries to muscle a ship away from the flames. Supergirl ends up creating a massive oil spill. That’s a big Oops!

Alex, Supergirl’s big Sister, works for the DEO, which stands for the Department of Extra-Normal Operations. And yes, that’s a clunky acronym. The head of the DEO is Hank Henshaw, and he puts Supergirl’s powers to the test. His intent is to show her that she needs training. He shoots missiles at her and she’s up to the challenge. But, when a kryptonite room levels the playing field, Alex knocks the snot out of her in a brutal big sister beat down. Supergirl doesn’t know how to fight. And when Kara realizes this, she’s ready to hand in her cape.

After a few pep talks from Jimmy, Alex, and Cat Grant, Kara decides to start over, to train. And with the help of Jimmy and Winn, she tries handling smaller emergencies, as Supergirl. Her new strategy is to work her way up to world saving, instead of trying to start off there. And her strategy works.   All her smaller heroic feats help her to grow, and put her back in the city’s good graces.

Meanwhile the DEO is fighting an alien bad guy without her and that doesn’t turn out so well. He’s a Hellgrammite, and he’s part man and part insect. Hank and Alex devise a plan to stop him. But things go bad fast and Alex gets kidnapped. That’s when we find out who the real bad guy is. The Hellgrammite is working for General Astra, a Kryptonian super woman that happens to be Supergirl’s aunt. Astra was in prison in the phantom zone when Krypton exploded. And now she’s here and all kinds of mad.

Supergirl is naturally upset and flies off to find her Sis. And with her super hearing she easily locates her and the battles begin. The first battle is Astra against Supergirl. They both have the same powers, but Astra knows how to fight. Supergirl is getting beat, badly, and then remembers a move her sister taught her and turns the tide. But Hank Henshaw still has to come to the rescue with a kryptonite knife.

The second battle is Alex against the Hellgrammite. Alex, a fighter, has to go toe to toe with the Hellgrammite on her own while Supergirl is fighting Astra. And lets jus saw it’s a good thing a kick in the crotch works as well on insect men as it does on real men. General Astrid escapes to fight another day. And the two sisters reunite. But now Supergirl realizes that she needs to learn how to fight, and asks her Sis to train her.

As a reward of sorts, Henshaw has a seemingly secure room built for Supergirl to use as her own Fortress of Solitude. It’s equipped with Kryptonian computer tech that projects a holographic version of Supergirl’s mother. Allowing Kara to talk to her mom, but not to hug her. It’s an A.I. with a lot of info on stuff. And while it looks like her mother, it has no emotions. I say the room is seemingly secure because I don’t trust Henshaw now. No one saw, but when Henshaw walked away his eyes glowed red. That usually means evil.

Back at the office, Cat Grant tries to force James Olsen to use his friendship with Superman to get her an interview with Supergirl. She also references Clark Kent and Lois Lane. But we’ll have to wait and see if that means they’ll show up some day. James refuses, of course, but Supergirl helps him out and does the interview anyway.

Now that General Astra knows about kryptonite, and how it hurts Kryptonians. This makes her an even bigger threat. She won’t be caught off-guard again. And now she can possibly use kryptonite against her own niece.  What a family.  Stay tuned. 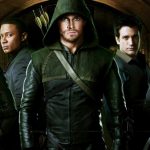 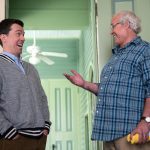