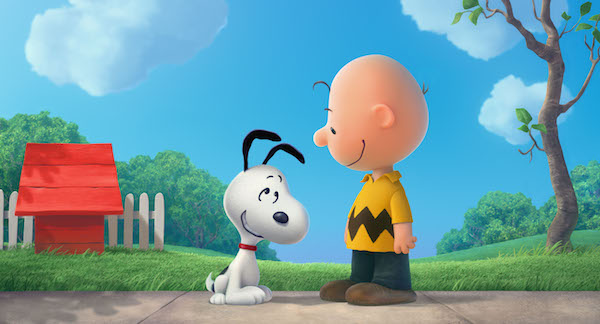 The Peanuts Movie is the gritty origin story of the Little Red Haired Girl. Finally, we get to explore how and why she came into Charlie Brown’s life and the depths of his affection for her.

LRHG (Francesca Capaldi) moves into town and Charlie (Noah Schnapp) is smitten. He tries to impress her but gets sidetracked caring for his sister Sally (Mariel Sheets) and friends, and some of his best efforts don’t go as planned. Meanwhile Snoopy and Woodstock (both Bill Melendez) act out their exploits fighting the Red Baron.

Steve Martino and the Blue Sky Team have crafted a movie that feels intimate. The big events of the film are a school test and a book report, like they would be for real kids. They don’t have to go to Europe or rescue Snoopy from somewhere else. It’s centered on the core Peanuts world and they still get in plenty of slapstick spectacle with winter sledding and kite flying mishaps, and Red Baron fantasy sequences.

With the comic strips, you never knew whether you were going to get a short featuring Charlie Brown, Lucy, Snoopy and Woodstock or other Peanuts characters. The TV specials serviced them all but The Peanuts Movie balances episodes featuring individual characters, intermingling enough to feel like a movie.

All the classics get serviced: Lucy (Hadley Belle Miller)’s psychiatry practice, her fear of dog germs, the Red Baron, Joe Cool and more favorites. Schroeder (Noah Johnston)’s first appearance is particularly warm and touching. But it’s not all nostalgia. Some of the new schtick with Pig-Pen (A.J. Tecce) and Patty (Venus Omega Schulheis)/Marcie (Rebecca Bloom) are really clever.

The mix of 3D animation and traditional Peanuts animation really worked for me. I loved the jerky movements and squiggly lines applied to high tech animation. They sneak some 2D animation in clever ways, and those big open mouths whenever the kids sing or scream. The 3D actually looks 3D, with action protruding ever so slightly from the screen, and especially snowflakes falling at different depths in and out of the frame.

The Peanuts Movie is plenty of fun but it also has great values. It celebrates qualities like compassion, honesty, bravery and thoughtfulness. I hope kids learn that those things are cool while they’re having a great time watching The Peanuts Movie. 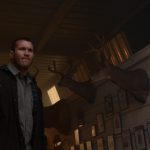