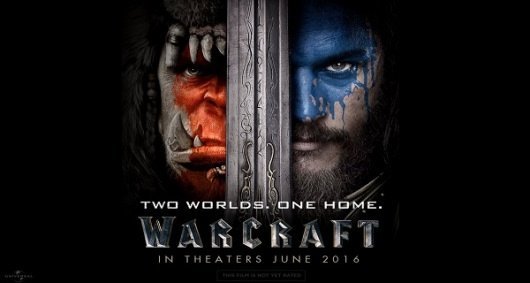 Now I was never a big fan of world of Warcraft, but for those of you out there who still love this game (despite all the recent events which lead to millions of people canceling their account) can thank Blizzcon for revealing the trailer earlier today, which you can feast your eyes upon the brand new movie adaptation trailer below.

Fighting for The Alliance, Warcraft features Dominic Cooper as King Llane Wrynn, Travis Fimmel as Anduin Lothar, Ben Foster as Medivh, Ben Schnetzer as Khadgar, and Ruth Negga as Lady Taria, and on the side of The Horde is Clancy Brown as Blackhand, Toby Kebbel as Durotan, Robert Kazinsky as Ogrim, and Daniel Wu as Gul’Dan, with Paula Patton’s Garona caught in the middle.

The World of Warcraft adaptation will hit theaters on June 10, 2016.