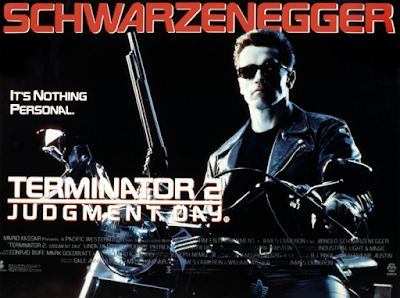 As the title states Terminator 2: Judgment Day is currently in the works for re-release in 3d and will open in theaters across the globe in 2016.

James Cameron is partnering with both DMG Entertainment and Studiocanal “to supervise and produce” the film’s conversion to 3D using StereoD’s technology according to The Hollywood Reporter.

James Cameron also had the following to say, “Next year marks the 25th anniversary of Terminator 2 and that seemed like the perfect time to bring it back but this time in an all-new 3D version. “If you’ve never seen it, this’ll be the version you want to see and remember.”

The film is being primarily targeted at China because Terminator 2 never had a theatrical release in the region and there’s a huge following for the franchise. In case you didn’t know when Terminator: Genisys was released earlier this year it earned a whopping $112.8 million in China alone. DMG’s China division will be working with China Film Group to bring the movie to Chinese theaters.

As for my opinion, I think T2 is the best one in the series, so i’m hoping they can bring some new life into it and not kill what is to be considered one of the best movies all of time.