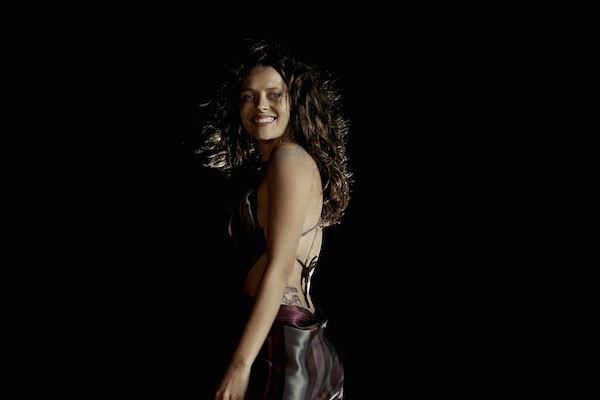 A lot has changed in the new Point Break. Johnny Utah (Luke Bracey) is still going undercover for the FBI, but Bodhi (Edgar Ramirez) is not a bank robber. He’s an environmentalist stealing from corrupt companies and committing acts of terror to save the planet. There is no new Tyler character. Instead, Utah meets Samsara, played by Teresa Palmer, while undercover.

Samsara is partying with Bodhi’s crew and shows Utah the philosophical side. She also takes him underwater so they can be alone together. I got to speak with Palmer by phone last week to find out all about her Point Break stunts. Point Break opens Christmas Day.

Nerd Report: I remember you said you did I Am Number Four because you wanted to do action movies. Was Point Break the ultimate realization of your dream?

Teresa Palmer: Yeah, it was. Point Break certainly is the biggest action film I’ve ever been a part of, and I got to do some pretty cool action. I got to do a lot of underwater stuff which is amazing and really challenging at the same time, and do some rock climbing. I also got to do some motorbike riding. It’s been really fun. I feel very blessed I got to be a part of it.

Nerd Report: That sounds like everything they could reasonably let an actor do without decades of training.

Teresa Palmer: The boys got to do way more stuff than I did. They actually ended up doing so much of it, which is fantastic.

Nerd Report: Have you gotten your fill of action now or do you still want more?

Nerd Report: Did you already surf before this movie?

Teresa Palmer: No, no way. Not at all actually. I haven’t surfed before. I surfed about a month after I wrapped. I ended up going on a retreat in Costa Rica and I did a lot of surfing there. It was wonderful. It was the first time I’d ever even gotten on a board. And I had really gotten confident in the water during my experience on Point Break because I had to, because I had so many sequences underwater that it was just through that training that I felt confident enough to go surfing in Costa Rica.

Nerd Report: Doing the underwater stuff, how long were you able to hold your breath for?

Teresa Palmer: Well, it was pretty pitiful. I started out, like 20 seconds. I started panicking at 20 seconds and then we would go into the pool and hold on the very bottom of the ladder. I would start at 20 seconds, I would kind of work my way up and by the end of that, I think I got to about a minute 45 and that felt long enough for me to be able to do a good solid take without the oxygen in my mouth under the water. Then we went into the real ocean in Tahiti. It was very choppy that day and we got taken down on oxygen. Then we had this huge heavy sandbags weighting us down on the bottom of the ocean and we were told that we weren’t allowed to panic because if we swum up, our lungs would explode because we were brought down on compressed air. So it was pretty gnarly and we were under there for hours on end and we would have the oxygen being taken away from us in between. You had to be in a pretty zen state to not panic. It was challenging in many ways but also really beautiful and I felt like I had really achieved something.

Nerd Report: That was Tahiti. How many of the film’s 11 locations did you get to visit?

Teresa Palmer: Oh, I went to a lot actually. I went to Tahiti, Mexico, to Germany, I went to Austria. I went to so many places. Italy, so many. I probably went to five and it was really epic to be traveling like that. I got to have my son with me and my husband, and my mom came to a lot of it. My stepson came and I had friends come visit. It was a pretty amazing and extraordinary experience to be able to shoot a movie around the world like that. I definitely was always pinching myself.

Nerd Report: Was it appealing to you that Samsara is a brand new character?

Teresa Palmer: Well, for me it was important that the film was basically a brand new film, because I didn’t really think that the original needed to be remade. I just think it’s such a brilliant film. In its own right, it really stands alone and it’s a beautiful moral movie and has such a greater meaning than just it being about this surf culture. So I was excited that it was a totally different idea and concept and it just had the loose skeleton of the original. That meant that it was a brand new character for me. Lori Petty’s character isn’t in this one and that just made it much more appealing for me. I love that she was a new woman. She was part of this wolfpack. She was strong. She’s the heartbeat of this group. That was exciting to me. I loved that.

Nerd Report: Do you share any of Samsara’s philosophy?

Teresa Palmer: Yeah, actually, we’re very much in line. I feel like Point Break came to me at a time in my life where I was really exploring my own spirituality. I was reading a lot of books. Yeah, our philosophies are very, very similar. I try and live my life as consciously as possible, as she does. She’s a little bit more radical in her approach. I’m less radical, especially because I have a family, but she doesn’t really have anything to lose. She feels like it’s her path to give her everything to this cause and the people that support this same passion. I really admire the strength and that bravery in not only her, but all of the guys in the wolfpack. So yeah, I really love that. I do it in my own way but just don’t take as many risks.

Nerd Report: Was the chemistry with Luke there right away?

Teresa Palmer: Yeah, I think it was easy because we’re both Aussies. We come from similar backgrounds and it was really relaxing. His brother had just had a kid around the same age as my son, so he was really good with my son. It was really nice to watch them interact and that was helpful. Yeah, we ended up working together again. We just wrapped a film together, Mel Gibson’s movie Hacksaw Ridge.

Nerd Report: What do you play in that film?

Teresa Palmer: I play Dorothy Schutte who is the sweetheart of Andrew Garfield’s character, Desmond Doss. She’s a real life woman and her husband, Desmond Doss, he won the Congressional Medal in the war. He was actually the only conscientious objector to win the Congressional Medal. He was a hero on the front lines and he saved I think 87 people just from being a medic and really being so heroic. He not only saved people from his own platoon. He saved Japanese, opposing soldiers. He just had a really big heart and big faith. I just think it’s a beautiful story and I’m really glad that Desmond’s story is being brought to life in this way. I love that I get to be such a big part of it.

Nerd Report: Is Dorothy ever on the front lines?

Teresa Palmer: No, she’s not. She’s a Seventh-day Adventist, a woman of great faith so she holds down the fort at home waiting for Desmond to return from the war. She’s just this beautiful sassy, funny and strong character. Desmond’s just this gentle, endearing soul. She definitely wears the pants and it’s actually such a beautiful dynamic between the two and I loved working with Mel. He’s such a genius. He truly is.

Nerd Report: Did you have chemistry with Edgar Ramirez right away?

Teresa Palmer: Yes. Edgar is amazing, just a wonderful human being. So bright, talked a lot about Buddhism. He’s a man of great spiritual belief and funny, just a really good person. So he had a great time. We went on a walk and talked about the characters when I first arrived and when I first met him. That was really special.

Nerd Report: Was it any different working with a director who was also the director of photography?

Teresa Palmer: Not really to be honest. No, I didn’t really notice it to be honest. Ericson would talk a little bit more about the lighting than other directors but I didn’t notice a significant difference. It was pretty seamless. It didn’t feel like he was trying to wear two hats. I didn’t really notice him being the DP which is great. We never fussed around trying to get the right camera move. It was just already there. It was already in place which was great so we could focus more on just the dance of all the stunts, working out the right time with the action and the dialogue and the movements. There was a lot of choreography to be done.

Nerd Report: I also saw Cut Bank last year. Was your dance in the corn field very choreographed or just something you improvised? 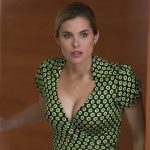 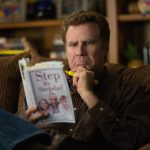