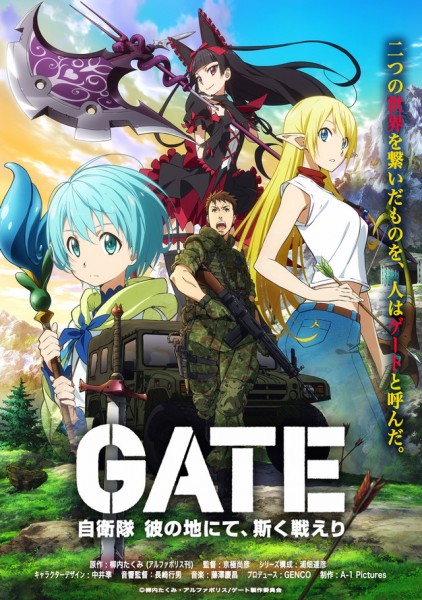 A couple days ago, I wrote about the second season of Gate that would be premiering on the 8th this month. Earlier today, It was confirmed by Crunchyroll that the series would be simulcasting, meaning it will air on Crunshyroll an hour after it premieres in Japan. I gave a small overview of what season two has in store in a previous article, but in case you missed it here you go. 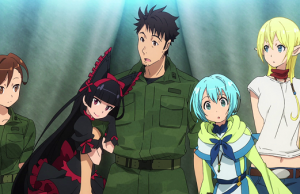 “Season two of GATE picks up where the last season left off; On August 20XX, a gate suddenly appears in Tokyo’s Ginza district, unleashing a portal where monsters, medieval knights and other fantasy beings come from another world and wreak havoc on Tokyo. The Japanese Defense Force take action against these monsters and push them back into the “Gate”. Third Reconnaissance Team is dispatched to the “Special Region” lead by officer (and otaku) Yoji Itami. On their travels, they are joined by a beautiful elf girl who is a survivor from the dragon’s rampage and guide the group across the dangerous new world. This second season covers the “Flame Dragon Arc.” “ 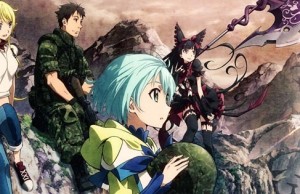 Catch up on season one of Gate on Crunchy roll before you start season two. I strongly recommend it.