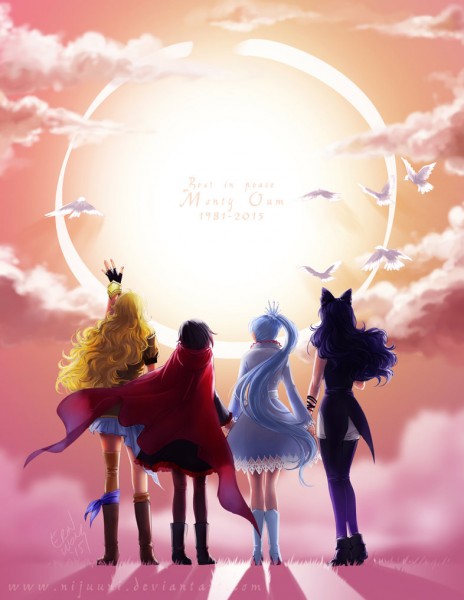 I’ve never even attempted to hide my love RWBY, or production company Roosterteeth. When I love and support something, I will make it known to everyone I know so excuse me if this sounds a little bias, but this weeks episode of RWBY has to be one of, if not the best episode so far. If you don’t know what RWBY is, lest me catch you up. RWBY is an anime made by production company Roosterteeth. If you don’t know who Roosterteeth are, I’ve written some articles about them. The short version is they are Austin, TX based internet production company. They are most known for the longest running web series Red Vs. Blue. Some would say they were pioneers of the internet video format. Well a couple years ago, their then lead animator Monty Oum who sadly passed away, was given a chance to start his own production. That is how RWBY started, and I have been along for the ride the whole way. Now that you are all caught up, Lets get on with the review. Spoiler warning. 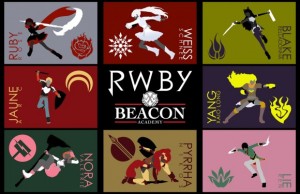 One more thing. I am wring this assuming you are all caught up on the show. If you are not, Go get caught up. You can watch the episode here if you have not seen it yet. If some of these things I am saying don’t make sense, i’m sorry. So we are greeted at the dorm of team RWBY. We finally get to hear Yangs side of the story and we are right in assuming that she was seeing visions from Emerald. Yang has been disqualified from the festival. Ruby and Weiss both tell Yang that they believe in her, but Blake has to give some dark reason as to why she was hesitant to believe Yang, but end up believing her any way. Cut to team room. Team RWBY, minus Yang, tells Pyrrha that she needs to win for Beacon, but we all know she has other things in mind. Noticing that something is bothering her, Jaune, Nora and Ren all take a walk to the festival. 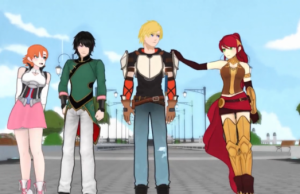 Crow shows up in Yangs room to talk to her. The long and the short end of they said is that Crow has been in contract with her mom and confirms that it indeed was her mother that saved her from the fight on the train in season 2. She wanted Crow to deliver a message to Yang. The message is that she is not going to save her again, which I assume is supposed to motivate her to get stronger. Cut to Pyrrha sitting outside thinking. Jaune sits with her and grabs her hand (Finally) and comforts her and talks to her. Eventually, Pyrrha starts making no sense to Jaune because he doesn’t know the situation. Pyrrha starts loosing control and ends up throwing Jaune by his metal chest plate and runs off in what I assume is fear for what Jaune would think of her for doing so. 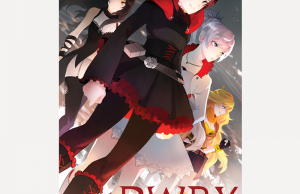 Ruby is sitting in the Colosseum watching the next match when she sees Emerald in the stand which is weird since she was supposed to go back with Mercury after the incident happened. Ruby takes notice of that and imminently leaves to, what I assume is to go talk to Ozpin of someone to inform them. On her way out, she is greeted by a “healed” Mercury. A confused Ruby hears that Pyrrha has to fight Penny, our love-able robot. Metal vs Polarity. I wonder how that would end. I AM PUMPED FOR NEXT WEEKS EPISODE! Roosterteeth, how you get to good at developing feels? 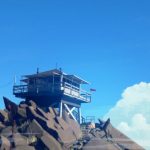 Firewatch Will Take 5 Hours to Beat?!

Firewatch Will Take 5 Hours to Beat?!