If you’re looking for a new DRAM chip, you might want to start saving now as Samsung has announced that they have begun mass producing a 4GB DRAM package based on the second generation High Bandwidth Memory (HBM2) interface. Samsung claims that it’s seven times faster than the current DRAM performance limit, which means faster responsiveness for parallel computing, machine learning, and most importantly for gamers: graphics rendering.

The new DRAM package features 256GBps of bandwidth (twice that of a HBM1 DRAM package, like the memory used in AMD’s Fury GPU). Compared to a 4GB GDDR5 DRAM chip, that’s a seven-fold increase, and it has double the power efficiency.

Sewon Chun, senior vice president or Memory Marketing at Samsung, had the following to say:
“By mass producing next-generation HBM2 DRAM, we can contribute much more to the rapid adoption of next-generation HPC systems by global IT companies. Also, in using our 3D memory technology here, we can more proactively cope with the multifaceted needs of global IT, while at the same time strengthening the foundation for future growth of the DRAM market.”

Samsung also plans to produce 8GB packages within 2016, which it says will offer designers space savings of more than 95 percent compared to using GDDR5 RAM. This opens the door for smaller graphics hardware for smaller form factor devices. I’d be okay with a mini-ITX successor to the Nvidia 980 Ti/AMD R9 Fury X.

Reports last fall indicated Nvidia will be sourcing HBM modules from Samsung, which hopefully means we’ll be hearing more about Pascal, and AMD’s follow-up to the Fury, in the near future. As always The Realm Cast will keep you updated on the release date, price, and packages of this product when more information becomes available. 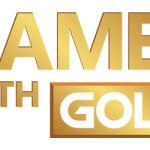