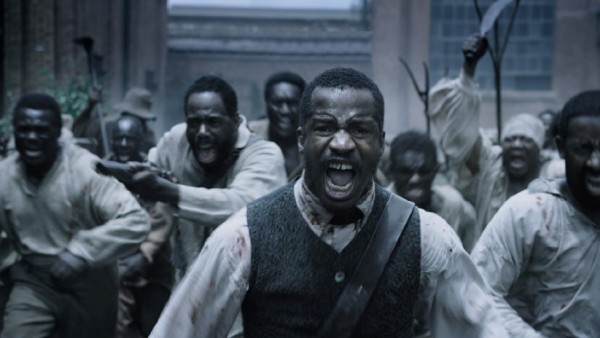 Nate Parker’s The Birth of a Nation is the American Braveheart. Mel Gibson actually starred in a blatant attempt to make an American Braveheart. Among The Patriot‘s many problems, fundamental may be that the white colonists and plantation owners were not the William Wallace characters against the British. African-Americans are the American William Wallaces for surviving slavery and future civil rights battles, yet still making this country their home.

Nat Turner (Parker) was born a slave and grew up on the Turner plantation with Sam (Armie Hammer.) Sam was kind and humane but even he allowed others to commit atrocities at his home with his slaves.

As writer/director, Parker builds up the atrocities of slavery gradually to create as complete a picture as one possibly can in 120 minutes. That is a microcosm of what those 400 years of slavery were. It wasn’t nonstop atrocity, although the underlying oppression never waned. There were calm times, periods of relative comfort and even good times. Nat’s proposal to his wife Cherry (Aja Naomi King) is truly romantic and their wedding night is lit beautifully.

When we do see atrocities they are unflinching. The film handles rape tastefully. It must be addressed to hold slavers accountable, but Parker does not exploit the act on screen. It’s not just about violent acts though. Supposedly innocent acts have horrible undertones like two little girls playing with the white girl holding a rope around the black girl’s neck. Best case scenario she’s pretending that’s a leash, but it’s possible they are playing lynching.

The rebellion is also tasteful, but brutal as it needs to be. Nat allows his men their personal revenge until it conflicts with the bigger picture. It’s bloody for both sides, but necessary for progress.

I now appreciate why Parker chose the title. D.W. Griffith’s film is acknowledged as a landmark of cinema that was on the wrong side of history. It’s 100 years later. It’s time to say no, that’s not good enough. It’s time to claim what the real birth of this nation was.