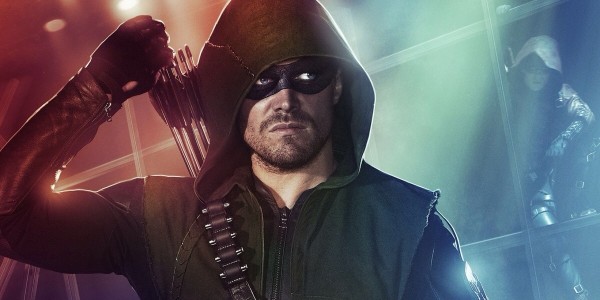 As we know now, Stephen Amell will have his iconic goatee when he reprises his role as Oliver Queen (Green Arrow) in Legends of Tomorrow. We will see Amell when the team travels to the future year of 2046, but that’s not all. Oliver will be joined by his son Conner Hawke, who we saw in last year’s Flash crossover.

In addition to the goatee, Green Arrow will have something else, if you’ve seen the dark knight returns you probably remember that Green Arrow was missing an arm, well Oliver in the show will also be missing his arm. Here’s what executive producer Marc Guggenheim had to say about the news:

“Every once and a while, we do an episode where the 10-year-old me has to pinch himself, we’re not only introducing our version of Connor Hawke to our universe, we’re going to meet the 2046 version of Oliver Queen, and Stephen Amell is going to be reprising his role from Arrow. As an added bonus to comic-book fans, Oliver is missing his left arm and will be sporting a goatee, in a nod to the character’s appearance in the seminal Dark Knight Returns. We think this episode features some of the coolest things we’ve ever done.”