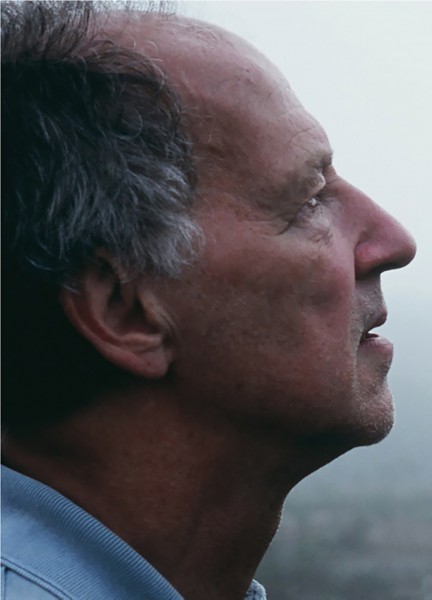 Werner Herzog made a documentary about the Internet and it’s every bit as intense and artistic as you’d expect, beginning with Herzog’s narration. This intense German accented English explains computers and society to us. To be fair, he tries to be mellow and soothing. So it’s Cave of Forgotten Dreams Herzog, not Fitzcarraldo Herzog.

Lo and Behold: Reveries of the Connected World documents the creation of the Internet and touches on how we use it today, but its focus is looking ahead to the future. It’s not so much how society will change but rather what new technologies will be developed to aid or plague us.

I think there is so much to address about how current society uses the Internet that many movies could be made to explore it. People have given their whole lives over to social media without realizing the consequences. It’s also affected behavior in ways people aren’t considering.

The only example of this Herzog gives is a poor family who was harassed with photos, leaked by a first responder of all people, of their daughter’s suicide. This raises important questions like why privacy laws don’t protect them and what do trolls even have to gain by attacking them for their loss. Herzog won’t show the victim’s picture alive,because that’s still exploiting her. He shows a room she liked because it’s art, man. That’s her essence. When her mother calls the Internet the Antichrist and evil, that’s extreme. I mean, she’s grieving, but Herzog must love that. The Internet is a tool to be used for good or evil and I’d love a focused exploration of that, but that’s not Lo and Behold.

Herzog walks us through the creation of the Internet with a charismatic demo of the old eight foot tall system. We even get to meet a man who had an alternate idea that wasn’t used. He could come across as a crackpot but instead he’s a smart person trying to restrain his passion. Herzog touches on self driving cars and robots, and an off the grid community rejecting electronics for medical reasons. They got cancer from cell phone towers.

Internet addiction is a slightly different issue. Addictive personalities will find something to be addicted to regardless of technology. Still it’s scary that some people can’t figure out basic bodily functions and child care. What game is that important? There aren’t really any new solutions other than psychological treatment.

It seems Herzog’s heart really lies in connecting the Internet and technology with space travel. For me, theres so much to discuss on earth, why go so far out there? Scientists speculate on the Internet becoming self aware, or that AI could start a war off a stock request. Okay. I mean, I think anyone who programs stock apps can include a code that says “also don’t start a war.”

I wish the film had more on society changing in the last 10-15 years with adoption of technology. There is a bit of theory at the end but there are real world examples today that could illustrate Herzog’s speculation. But he goes full Herzog into the abstract and esoteric, and that’s what we love about Herzog.