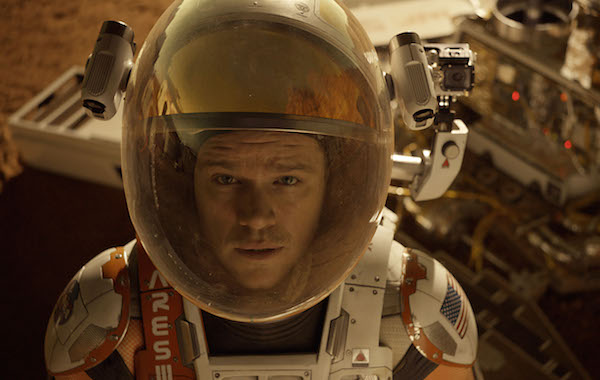 I’d love to tell you what the bet part of The Martian is, but it’s all the best part. Every aspect of survival and maintaining one’s sanity on Mars is fascinating, but everything in the NASA offices on earth is gripping too. Whether debating an ethical dilemma, circumventing authority or solving interplanetary communication, every scene in The Martian is exciting.

Mark Watney (Matt Damon) is part of a manned mission on Mars. Presumed dead in a storm, he is left behind. When the storm is passed though, he wakes up and must find a way to survive and communicate with NASA. The team on the ground includes NASA chief Teddy Sanders (Jeff Daniels), Mars mission director Vincent Kapoor (Chiwetel Ejiofor), flight director Mitch Henderson (Sean Bean) and media relations director Annie Montrose (Kristen Wiig) who have just as compelling a narrative as Watney.

Everybody sacrifices something. Sure, Watney is probably the only one who could die, but Sanders is risking his job with some of the calls he makes. Public relations is important too. Why tell the crew returning to earth that the man they left behind was alive? They still have a year long trip back, but how could you not tell them? The JPL crews working on the rescue mission have an unrealistic deadline too. They won’t die if they fail, but the stress is unfathomable. If they let Watney die it would certainly weigh on them forever.

The pace is brisk because there’s no time to dwell on any one scene too long. Every solution brings about new problems to solve, on Mars and back home. It really is a metaphor for life. Every time you get comfortable, there’s more work to do. I wish it weren’t so. I’d love to just be comfortable and fulfill my duties to remain so, but that’s not the nature of life. At least we can be grateful that most of our decisions don’t risk dying of suffocation on an inhospitable planet.

For all the life or death decisions of The Martian, Drew Goddard’s screenplay adaptation of Andy Weir’s book also has a sense of play. Professionals get to f*** up expensive equipment because it’s an emergency and they are giddy about it. Old school gamers will appreciate a reference to classic text adventures on an old PC.

One of Watney’s discoveries in his Mars station is music left behind by commander Lewis (Jessica Chastain). It’s ‘70s disco, which becomes the film’s soundtrack. Music choices engage the audience to break up the science talk. Each song expresses theme with an irreverent wink and celebratory spirit. They stop short of playing “We Are the Champions” when Watney succeeds, but honestly I would have allowed it. The Martian is so rousing even the most on the nose music choice would work, but it doesn’t need to go there.

The only thing I didn’t like about The Martian was the 3D. The storm looked cool in 3D but the rest of Mars looks like odd, unnatural layers. The press conference at NASA looked more 3D than Mars. 3D makes the mountains of Mars look like a painted backdrop, when I’m sure it was a real location. Seeing The Martian on good old 2D Blu-ray corrected that problem and Mars appeared to have true depth now.

The entire cast is excellent. Daniels is expert at saying what needs to be said without saying it, and especially leaving out what is unspeakable. Wiig captures that dilemma of knowing that the right decision won’t go over well with the public. Ejiofor, a naturally charismatic performer, captures the phenomenon of talent in one field not translating to public speaking. Benedict Wong is endearing as the harried JPL director. As another crew member, Michael Pena delivers trash talk in the loving way colleagues mean it, which is a fine line to walk. Pena’s been saddled with one dimensional stereotypes before but the material is there for his digs at Watney to express the thinly veiled affection he intends.

Of course Damon manages to be the everyman when he’s playing a genius botanist astronaut. Matt Damon must have done the Cast Away diet because he does look emaciated by the end. He did not grow the Cast Away beard though because that looks totally fake. I’ll give them the fake beard though. They had much more important things to do. They got everything right, and we can suspend disbelief with the beard.

Dare I say The Martian is Ridley Scott’s best space movie? It just gets everything right from the script to performances to soundtrack. Maybe this initial euphoria will wear off, but I don’t think so. It’s only going to improve on repeated viewings when I notice how the things Watney and NASA do early on pay off later.

The Blu-ray really nails the red of the red planet, and night scenes are beautiful too. You see extraordinary details in mundane closeups too, like fingernails, or the grit on the space station. Back on earth, NASA headquarters has a cool crisp look too.

The bonus features do emphasize the comedy of The Martian. They were probably produced well before the film was submitted in comedy categories at awards shows, so they were always thinking this. Some of the promotional videos with Damon and costars in character as Watney and co. are a fun touch too. Given the relatively brief extras and no Ridley Scott commentary, I suspect there is a much more in-depth Blu-ray/DVD of The Martian coming down the road, but it’s worth owning the movie in high definition right now. 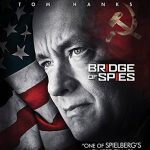 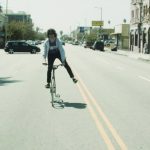 Sundance Review: The 4th Is Its Own Fault

Sundance Review: The 4th Is Its Own Fault