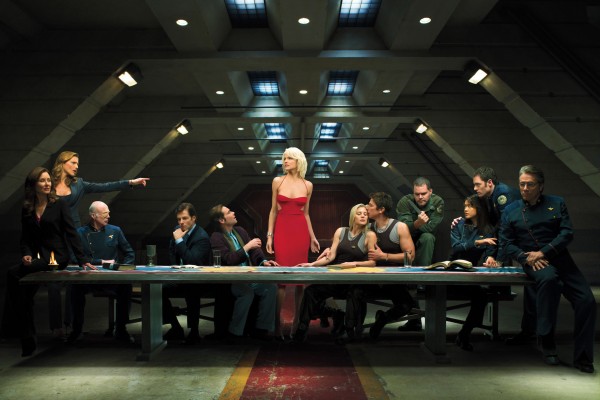 According to The Hollywood Reporter, Universal Pictures has set “Fifty Shades of Grey” producer Michael De Luca along with Scott Stuber and Dillion Clark of Bluegrass Films to produce the long-in development “Battlestar Galactica” film. There is currently no writer or director attached to the film as the project is in the very early stages of development. “X-Men” director Bryan Singer was previously attached to the film in 2009 but has since moved on to other projects.

“Battlestar Galactica” started out as a sci-fi tv series which aired on ABC from 1978-1979 where the show developed a cult following even after its cancellation. The SyFy channel revived the series in 2004 which aired up until 2009. The new series received critical acclaim with its smart plot and characters. The synopsis for the series reads: “The human civilization has been completely destroyed on distant planets by intelligent machine warriors known as Cylons. The surviving population have fled on starships, led by the gigantic warship, known as Galactica, voyaging into space to locate the fabled human colony known only as Earth.”