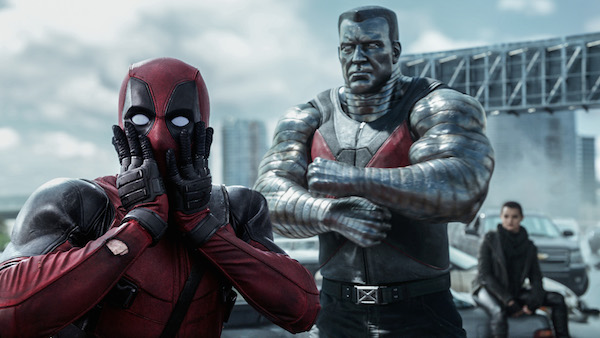 The X-Men movies had actor Daniel Cudmore play Colossus. Cudmore is a big, imposing figure, but when you see Colossus in the Deadpool movie, it’s a whole new Colossus. Now larger than human, this Colossus was created as a visual effect using performance capture.

Greg LaSalle was the performance capture artist who performed the actions of Colossus. He also co-invented the MOVA technology he used to create the character too. I got to interview LaSalle by phone the day after the Deadpool press screening. Deadpool is now playing in theaters.

Franchise Fred: There was an actor who played Colossus in X2. Was this an entirely different process?

Greg LaSalle: Yes, actually. I’m not 100% how they played the technique for Colossus when he’s chrome in X-Men. I just don’t know how they did it but they didn’t use this particular technology. This is a brand new form of advanced motion capture, which captures the surface of your face deforming for each frame of film, and then applies it to the computer generated character. So it transfers all the subtlety and intricacies of the performer’s actions right onto the final computer generated character.

Franchise Fred: Were you responsible for all the dialogue Colossus has?

Greg LaSalle: Actually for all the stuff that Colossus has. The fighting, the vomiting, the spitting up, the dialogue, the drinking of the soda through a straw. All of that was actually captured using this new system for performance capture.

Franchise Fred: Since Colossus has such a bigger face than a normal person, did you have to express all those things differently for the size and scale of Colossus?

Greg LaSalle: That’s a really good question. Actually, we started out by doing that and then realized we didn’t have to. The math that does the conversions from my performance to Colossus’s face actually deals with all that. Originally, we did go bigger on the performance and it didn’t look right on the character. So we went back and scaled it back to just the same thing you would do if you were just acting, standing, doing it yourself. Nothing special had to be done in order to drive the computer generated version.

Franchise Fred: I know you don’t do the voice, but did you have to learn a Russian accent to perform the mouth?

Greg LaSalle: I did do it with my really shoddy Russian accent. It just makes it better. If you try to do it where you’re not actually vocalizing, it just doesn’t look the same. Your throat doesn’t move the same. Your lips might not vibrate from the air coming out. Tim was adamant that I say the lines out loud.

Franchise Fred: Were you ever on the set doing the performance capture?

Greg LaSalle: No. The way Tim did this was he filmed everything else first so that he knew exactly where we needed to put Colossus as far as the facial performance. There was obviously an actor standing in, even on platform shoes, for the filming so that they had somebody to carry Ryan around or get punched and whatever. But, he didn’t do any facial expression because they didn’t know what the lines were going to be. They filmed so many different variations, almost like a sitcom where they’ll have a bunch of different jokes and then see which one they like the best. They waited until September is when we actually started filming Colossus so that we knew what all the lines were going to be. We didn’t even finish filming Colossus until around Thanksgiving after there had already been some screenings to gauge audience response, and then they modified things. That actually can save money too because computer generated characters can get quite expensive, so you don’t want to do anything that’s not going to make it into the film if you can help it.

Franchise Fred: Did you get to see a very different looking Deadpool movie before you started work as Colossus?

Greg LaSalle: I didn’t see the movie at all. I just got all the clips for the sections that Colossus was in. I like to wait until the movie’s all put together before I see it. I saw the sections where Colossus is in and of course you see green screen backgrounds. You see gray suited men with markers and tape on their bodies to represent where characters are, but when we’re actually filming, I can only hear the audio. I’m not looking at any pictures or anything, and just responding back and forth with Tim Miller so I don’t have to watch a video.

Franchise Fred: When did you finally see Colossus?

Greg LaSalle: Well, I’ve actually seen, with Digital Domain, I was able to keep an eye on what was happening with Colossus. I only saw the final completed film last night.

Franchise Fred: Did you do any comic book research when you got the role of Colossus?

Greg LaSalle: I didn’t do necessarily comic book research. I did research on his history, reading up about his family, his sister, coming from a farming background, how he got to where he is. Those are the kinds of things that typically as an actor help formulate a character’s behavior, having a sense of everything he’s been through and what makes him him. So I didn’t necessarily read the comic books as much as I looked up and read everything I could about him as if he were a real person.

Franchise Fred: How did you get involved with performance capture?

Greg LaSalle: I’m one of the coinventors of the technology, which we did about 11 years ago, and I’ve been working with it ever since. I’ve always been enthralled by the acting side of things and a few years ago I started studying acting. Tim Miller has been following that. When we heard that Daniel Cudmore wasn’t interested in playing Colossus for Deadpool, Tim and I spoke and said, “Well, let’s have you do it.”

Franchise Fred: Is this different technology than Andy Serkis uses for his characters?

Greg LaSalle: Yes, it’s very different. The stuff that’s being used with Andy Serkis are putting markers on the face, which is an extended version of typical motion capture where you have reflective markers all over the body and you deduce where the skeleton might be moving. The face doesn’t necessarily move just from the skeleton. Actually, there are very few skeletal parts. So we developed a system called MOVA which recreates the surface of skin deforming at high resolution. What Andy does is about 200-250 data points. The MOVA system tracks between 6-7000 data points so you get every wrinkle, every subtle difference in the performance for every frame of film. Recently, we developed a technology to mathematically transfer that to the computer generated character with very little animator intervention.

Franchise Fred: Is this also different than what James Cameron used for Avatar?

Greg LaSalle: Avatar used a single camera system and they got animator reference basically. They were done through Weta just like Andy Serkis stuff. It’s very similar to Gollum. They just didn’t actually put the markers on their face. They just drew some dots, so it’s still a lower res technology but there’s reasons for that. The biggest one being that they wore helmets with a camera on them. The MOVA system right now has 29 cameras so you can’t easily wear that on your head.

Franchise Fred: What other characters have used MOVA?

Greg LaSalle: The technology’s been used to create a lot of characters and digital doubles. It was used to create both Hulks, the Edward Norton and Avengers version. It’s been used extensively in the last two Harry Potter films. With Arnold Schwarzenegger on the last Terminator movie. In Gravity, both George Clooney and Sandra Bullock, their digital doubles for any scene that they couldn’t physically film because of hurtling around in space.

Franchise Fred: What’s next for MOVA and for yourself?

Greg LaSalle: Well, I can’t say what’s next for MOVA as far as films go. I just finished filming, using the same technology, a movie called All I See Is You in which I play two different versions of characters in the film. It stars Blake Lively. For that it’s what we call invisible effects. The characters that I play will look 100% real so you won’t know they’re computer generated. 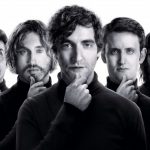