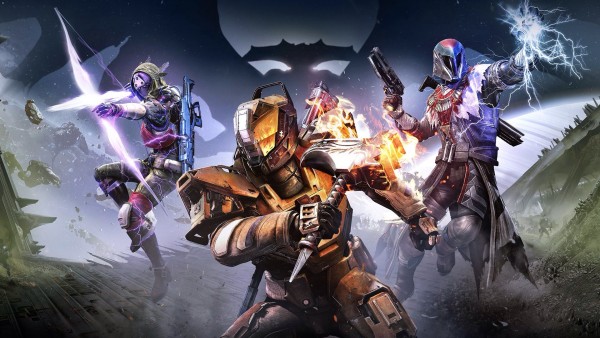 With the launch of The Taken King expansion pack back in September 2015, Bungie was set to finally bring the promises and stretch the boundaries of Destiny, the second year of the sci-fi shooter brought new changes including a new leveling system, new weapons, and more.

Unfortunately after the release of the DLC, and after a couple of months that went by, the game started to become dull after multiple grinds on the same maps, and getting disappointing loot drops, Bungie has been looking for new ways to bring life back into the game and community. The release of themed events came in last year during Halloween with Festival of The Lost, then was followed by  Sparrow Racing League. Both events allowed players to experience new game modes, exclusive loot, and a chance for rare items just like the fan favorite Iron Banner. In addition to themed events Micro-transactions were introduced in the game for new emotes, and ways to upgrade your Guardian.

The latest themed event was for valentine’s and was called Crimson Days. The event that ends today, featured a new game mode that was called Crimson a Doubles and had an exclusive pair of ghosts that would drop randomly during the new mode. Apparently Bungie has been hiding the new items as players have been complaining that the exclusive items that said were going to drop didn’t drop, even after grinding through multiple rounds of the game mode.

In reaction to the complaints, Bungie went on to draw a similar conclusion that the drop rates for the exclusive loot wasn’t rewarding for the players so Bungie Community Manager Deej released the following statement:

“Feedback has been unmistakable: the drop rate has been pretty low. We agree. We took a look at the data, and the number of Ghosts awarded has not been what we expected. That’s no way to tell you that we love you, so a fix is in the works.”

Now the fix is pretty straightforward and easy to follow. All players who have completed seven matches of Crimson Doubles (Win or Lose) will be awarded one of the two exclusive Ghosts at the max Light level. Players will only receive one of the two Ghosts and will be addressed to your actual account not per Guardian, but hey you get a free 320 Light Ghost, so who can complain.