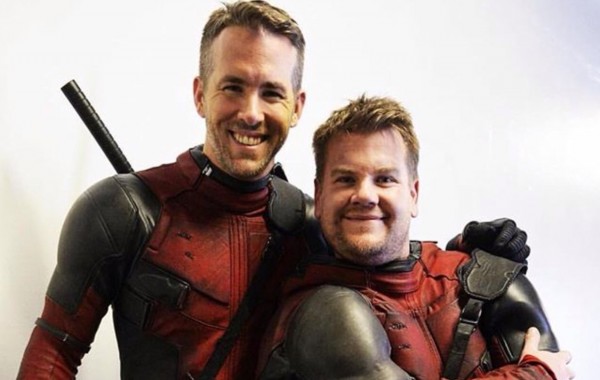 A new clip from the Late late Show With James Corden released a new clip of him auditioning as a sidekick for Ryan Reynold‘s Deadpool, check it out below

With the Deadpool movie gobbling up February box office records like they were a delicious chimichanga, it’s no wonder that everyone wants a piece of Ryan Reynolds. Now you can add one more celebrity who wants to ride Deadpool’s coattails in James Corden, the actor-turned-talk show host who is still waiting for that call from Marvel to squeeze his pudgy body into spandex.

In a new skit from The Late Late Show with James Corden, Reynolds is subject to an unsolicited audition from Corden to be Deadpool’s sidekick, despite the fact that the Merc with a Mouth has never had a sidekick and the movie is already finished and in theaters. Check out the funny sketch below!