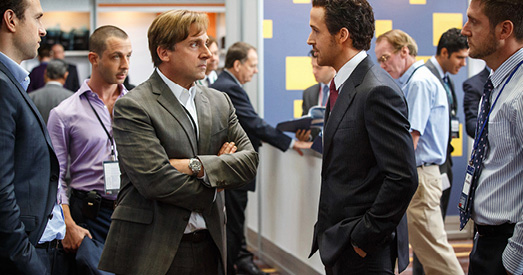 This one is really personal for me. Back in 2006 I was saying that these mortgages are crazy and there’s no way the values will match the loans. After it all went down, people said I was only saying that in hindsight, so I can’t win. It seems I was not alone, but when people told Michael Burry (Christian Bale), Mark Baum (Steve Carell) and Jared Vennett (Ryan Gosling) they were crazy, those guys didn’t take it lying down.

The big question I still had about this crisis is answered by The Big Short. Who pays for a short? I know what it is, but if you bet on a business failing, where does the money come from? Well, for shoring mortgage securities, a financial first, they had to invent the contract specifically for Burry. I guess the ultimate answer to my question is that businesses accept shorts out of hubris. They never think they’re going to fail and have to pay up. Certainly the banks believed mortgages were impossible to fail, which is probably what companies issuing IPOs think of their values too.

I’m a tad gratified that I wasn’t the only person to suspect something fishy, but I kind of wish Burry and Baum in particular had been whistle blowers instead of trying to profit on the financial crisis themselves. Rookie investors Jamie Shipley (Finn Wittrock) and Charlie Gellar (Joe Magaro) too. The joke was on them when they tried to get the banks to honor the corrupt deal they made.

Writer/director Adam McKay makes fun of the exposition of it all by sexing up the definitions and explanations. Supporting characters break the fourth wall to contradict the main characters, even to point out the Hollywood coincidence of the adaptation. I don’t care for the shakycam style with manufactured zooms, but the fact that it’s mimicking other “serious” films makes it go down easier. It’s fun overall, with music video twerking and quick cuts to Baum’s bookshelf with titles that are surely metaphorical. I’ll find out when I can freeze frame on the Blu-ray. He keeps cutting the sound off just before a character finishes talking, because we already get it and it’s time to move on.

There’s still a lot of terminology. FICA, AAA, subprime, income verification. It’s the perfect tone of ER where you believe the characters know the jargon and you kind of learn what it means along the way. Big picture issues are illustrated by the characters, often using dramatic props. It still lost me on a few exchanges but by then it’s no surprise the house of cards went deeper and deeper.

McKay incorporates all the complex factors of the crisis smoothly into the narrative. Tenants of shady landlords are given a fair shake, the realtors with their heads in the sand, opportunistic bankers, the promise of refinancing, the regulation agencies driven to slack by competition…

The Big Short is scathing. It’s a shame we only get a movie this compelling because something massively disastrous happened. If they could make the movie in 2004 we might’ve had a chance. I’m still grateful for it though. If it takes millionaire filmmakers to convince people to be more responsible with their money and opt out of corrupt ponzi schemes, I’ll take it.

I got worried that the picture for The Big Short was looking rough on Blu-ray. The gritty handheld style seemed to be unleashing a whirlwind of digital noise, and considering one of the bonus features had McKay bragging about using old school film, I’d hate for them to have botched the transfer. Fortunately, I found an easy fix for this. I switched my TV settings from Vivid to Standard and it brought out the way McKay envisioned The Big Short to look.

I guess not all movies are meant to be vivid. The stark, gritty documentary style take on wheeler-dealer offices and big city corruption is meant to be cold and callus. The film look actually makes The Big Short appear more real than its digital counterparts. Bonus features are thorough about the making of the film, and some deleted scenes display more McKay irreverence, but it’s really the movie that speaks for itself and it looks great on Blu-ray. 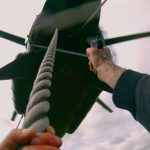