GOTHAM Recap: “Into The Woods”

You do NOT want to upset the Penguin. Because he will kill your dog, AND your kids, AND feed you their flesh for supper. Unfortunately, that’s the lesson his evil step-mom Grace had to learn the hard way. But she had it coming after all. She secretly poisoned Oswald’s father, and then threatened to toss the devastated man-boy out on the harsh streets of Gotham, with just the clothes on his back. The only way she’d let poor Oswald stay is if he became their servant, which the meek man was willing to do. But, like in the fairytale Cinderella, Grace was a cruel Stepmother. And his Step-siblings were abusive and mean. But, through it all, Oswald tried to remain humble and helpful. Until he finds the decanter of poison Grace used on his dead Dad. Oswald gives a bit of the liquid to the dog first, to see if his suspicions are correct. And when the dog dies, he snaps. The innocent Oswald dies as well, and the Penguin is reborn! At Dinner, unbeknownst to Grace, Oswald serves up her evil kids as her last meal. Then when he reveals what he’s done, and she is properly mortified, he kills her as well. I felt sorry for the dog.

Jim Gordon is a fugitive. Harvey tries to help him, but it’s dangerous. Captain Barnes suspects that Harvey knows more than he’s telling. And the Police have put out a ten thousand dollar reward for Jim’s capture. So what does Jim does Jim do when a woman is being mugged? He steps in to help, because that’s who he is. Unfortunately, his heroics don’t go unnoticed by the police and he’s almost caught. With the police closing in, things get desperate. Forcing Harvey to prostitute himself out to obtain the audio tape of the phone call made by the anonymous informant that squealed on Jim. But the voice on the tape has been tampered with, so they don’t recognize it. (We know it was Ed Nygma, ala The Riddler) So who does Jim go to, to enhance the audio on the tape? He goes to see Ed Nygma. He doesn’t know any better.

Back at Arkham, Barbara Kean is under the care of Hugo Strange and Miss Peabody. And Kean appears to have come to grips with the atrocities that she’s committed. And she’s sorry. Barbara killed her parents, in case you don’t recall, and she kidnapped Lee and Jim and tried to harm them as well. She claims that the demons in her head made her do it. But she’s all-better now, or is she faking it? Strange doesn’t care. He sees it all as a grand experiment, and he declares her sane and releases her. He did the same with Penguin and look what happened to Grace and her kids… and that poor dog.

Nygma pretends to help Jim with the audio on the tape, but doesn’t really do much. The voice is unrecognizable. But the one sound on the tape that does become clear is the song of a Cuckoo Clock. It’s the same clock that sounds off in Ed Nygma’s apartment. Alerting Jim to the fact that Nygma killed the police officer with the crowbar, that had Jim’s fingerprints on it, and set Jim up to take the fall for Galavan’s death. (Though Jim really did murder Galavan, but that’s not important right now.) Ed’s prepared though, and sets off an electrical charge that knocks Jim out. Then he drags the body to the car, to presumably stuff him in the trunk and bury him in the woods. But Jim recovers and runs away, taking a bullet in the leg.

Jim surprises Selena and Bruce, by stumbling into their place and passing out. He wakes up in Wayne Manor. Bruce Called Alfred for help. But now that Jim knows Nygma’s a killer, how does he prove it to Captain Barnes? He has to set a trap. Jim surmises that Nygma met the Penguin out in the woods where he probably buried Miss Kringle’s body. So he sends Selena to the police station to claim the reward. She announces to everyone that she saw Jim with the Penguin. And that freaks out Nygma. He believes that the Penguin will spill the beans about where Kringle’s body is buried.

Nygma goes to the gravesite in the woods, and begins to dig up poor Miss Kringle. That’s when Jim reveals he’s been following Ed. Then Ed, being a standard television villain, pulls a gun on Jim, but doesn’t shoot. Instead, he monologues about the murders he’s committed, and he confesses to setting Jim up. Then, on cue, Captain Barnes and the police step out of hiding and place him under arrest. They heard everything. Of course they did. That’s how these scenarios always play out. You’d think that these villains would wise up, and shut up. They have the right to remain silent, but they never exercise that right. So Nygma goes off to Arkham and Jim is free to be a cop again. But wait just a doggone minute here; didn’t Jim break out of prison? That’s a crime. And didn’t Jim break out a fellow prisoner who died during that prison break? And Jim did murder Theo Galavan. Is that all just water under the bridge?

But Jim Gordon doesn’t take his badge back just yet. He’s determined to find out who ordered the hit on the Waynes. He made a promise to Bruce a long time ago and he intends to keep that promise. So he just leaves Lee hanging in the wind, and doesn’t even call her to tell her he’s free. I guess she’ll just have to read about it in the papers like everyone else. That’s true love right there. And guess who shows up at Jim’s door? It’s his ex, it’s crazy Barbara Kean. STAY TUNED!!!!!

SIDE NOTE: Bruce turns his back on Selena when he finds out his Dad’s secret computer has been fixed.   He chooses his obsession over her, and she’s pretty ticked off about it. I guess he’d rather live in a mansion than on the streets. 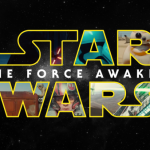 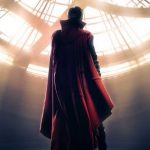