Arkham has always been a high security facility that could house Gotham’s worst, like The Joker, with no possibility of escape. But in this show, Arkham has huge air vents big enough to practically walk through, with vents in the cells that are the size of small doors. So of course nerdy Edward Nygma can escape from his cell with little to no effort, and teen bad girl Selina Kyle can break into Arkham on a whim. I haven’t seen shoddy writing like this since the campy 60’s Batman television series. Holy convenient contrivances Batman, can this show get any sillier?

Theo Galavan is alive again, and in need of a new weapon. Last week he broke the sword Hugo Strange gave him, while he was fighting Captain Barnes. Then he stabbed Barnes with the broken blade, and he’s in critical condition. But Barnes is not dead, so he my yet return to Gotham PD. But until he does, Harvey is in charge. And the first order of business is finding Theo Galavan, also-know-as Azrael. He killed cops and hurt the Captain, so he has to be stopped. There’s no doubt about that. But the real question is; Can he be stopped?

Who would know Theo Galavan better than his own Sister? That’s why James and Harvey go to see Tabitha. They figure she may have some insight, and she does. Tabitha concludes that the broken blade was a fake. And she knows where the real one is. It’s in the family crypt. She deduces that if Theo Galavan really believes he’s the Immortal named Azrael, he’ll want the real blade. So James, Harvey and Tabitha go to the family crypt and dig up the real sword. It was buried with its last owner. But Azrael has the same idea, and shows up to nab the weapon himself. And remember that his mission is to kill Jim Gordon. So finding Jim AND the sword is a total win-win for Azrael.

Harvey gets taken out of the fight early on, leaving Azrael and Jim locked in battle. Azrael quickly gets the upper hand, and handily defeats Jim. But before Azrael can kill Jim Gordon, Tabitha intervenes, and tries to jog his memory. She reminds him of their childhood, and for a quick second he does remember. But the take-away from their heart-to-heart is that he never completed his initial mission. Which is to kill Bruce Wayne. So he charges off to do that, but not before he stabs his sister with the sword. Talk about sibling rivalry. He leaves her for dead, and goes after the kid.  But just an FYI, she’s not dead.

Jim races to Wayne Manor, to stop Azrael from killing the annoying kid. But he’s too late, Azrael is already in the house.    Alfred goes into brawl-mode, to protect Bruce. Alfred, in this series, is a total Bad-Ass. But he’s no match against Azrael toe-to-toe. So Alfred gets tossed out a window. Bruce makes it to the garage, and hits Azrael with a car, hard, but even that doesn’t stop him. Then Jim shows up and shoots Azrael, but he just shakes it off and gets up. And then, when all seems lost, Penguin and Butch show up and blow him up with a bazooka. You’re Welcome.

That’s the end of Azrael. He’s been blown to bits, and I don’t think all the kings horses and all the king’s men, can put Theo Galavan back together again. But we’re not done with Hugo Strange’s house of horrors. Bruce talked Selina into breaking into Arkham, which was easier than it should have been, and she runs into Ed Nygma as he tries to escape. He tells her about the basement, and she goes there to her friend Bridget. But Bridget has gotten the Hugo Strange treatment and doesn’t remember Selina. She just remembers that she’s Firefly. And she attacks Selina with a blowtorch, while Hugo and Miss Peabody observe…. STAY TUNED

SIDE NOTE: Look for Clayface to make an appearance. And Fish Mooney’s back! Hugo Strange has been busy….. Oh, and Ed Nygma got caught trying to escape… 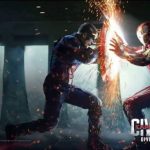 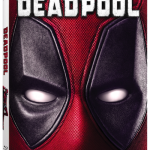