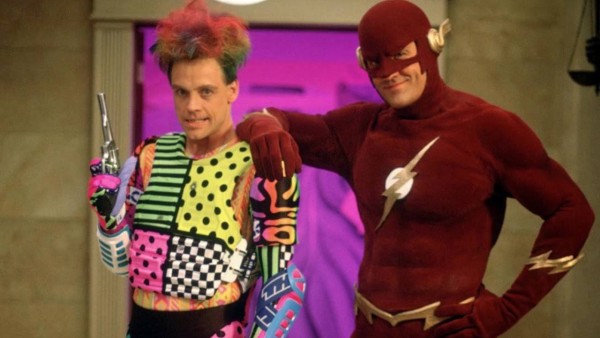 Henry, Barry’s father, was being killed by Zoom last week. And this week’s episode starts moments later. A tearful Barry watches Henry die, then he launches at Zoom, ready to kill him for what he’s done. But Zoom will not go down easily, and the two race through Central City, locked in combat. Then Zoom breaks away from Barry and is able to make a copy of himself, a time remnant. So now there are two Zooms. Barry catches one, and though he’s angry enough to kill, he’s still hero enough not to. So he doesn’t kill Zoom, but the other Zoom does. He wanted Barry to kill his time remnant, to push him over to the dark side. And when Barry didn’t kill the remnant, Zoom had to. I guess those are the rules. There can’t be two of you for very long, so if you make a copy of yourself you have to be willing to kill it. That’s gruesome. But Zoom did it once before, when he was pretending to be good-guy Jay Garrick. Zoom killed Jay in front of Team Flash. It was a fake-out to instill fear and hopelessness, and it worked.

But what does Zoom really want? He tells Barry that he wants to race him, to see once and for all, who the fastest man alive is. And when Barry declines, because that’s a crazy notion, Zoom lets him know that if he doesn’t race, he’ll kill everyone that Barry loves. So it’s an offer he really can’t refuse. But when Barry reports back to Team Flash, Harry lets him know that Zoom’s proposed race could destroy every other earth in the multi-verse. And that includes the earth that Supergirl is on. (She’s in the mix now, because of her impending move to the CW) Zoom stole a devise from Mercury Labs called a ‘Magnetar’,and this thing, once powered up with speed force energy, will emit a pulse that will end the multi-verse. Cisco’s recent vibes have been visions of the destruction of Earth-2. He’s seeing a possible future, if Zoom wins the race with Barry. Or as Cisco puts it; “One pulse to destroy them all.” But the good news, if there is any, is that Zoom doesn’t plan on destroying the earth they are all on now. He’s got to live somewhere. And this earth is the center of everything. It’s kind of the hub of the multi-verse. Which will work in Supergirl’s favor for the proposed multi-series crossover event.

Barry decides to race Zoom, with the fate of the multi-verse hanging in the balance. He thinks he can beat Zoom before the Magnetar is powered up and weaponized. But the rest of Team Flash doesn’t want to take that risk. Barry is still vengeful and angry, and they believe his judgment might be compromised. So they tranquilize him and put him in a cell in the pipeline, to keep him safe. Then they come up with a plan to stop Zoom, without Barry. Using Caitlin as bait to draw Zoom out, they attempt to tranquilize him, collar him, and send him through a breech back to Earth two. But the plan goes bad when Joe’s tranq-gun jams and he has to hand-deliver the shots to Zoom. They open the breech, via Cisco, but Zoom pulls Joe through with him. So now he’s got Joe. And he’s holding him hostage at his evil lair, along with the mystery man in the iron mask. That was an epic fail.

Back at Star Labs, the rest of Team Flash contemplates what to do. If they shut down all the breeches to trap Zoom on Earth-2, Joe will be gone forever, and nobody wants that. Especially not Wally, who just found out he had a Dad a few months ago. So while the rest of the team contemplates making the hard choice, Wally sneaks off to free Barry. So Barry can hopefully save Joe. And once free, Barry lets the team know that he didn’t appreciate being pipelined. He believes he can beat Zoom, and pretty much tells them to either get on board or get out of the way, because the race is on. The entire team gets on board, supporting Barry, and they go off to the races.

Flash and the team meet Zoom and Joe at the Magnetar. Though Zoom won’t release Joe until after the race. So it’s on Baby. The two race around the huge looping devise, and as Barry attempts to catch up to Zoom, the machine is charging up. And just when all seems lost, Barry splits himself in two, creating his own time remnant. Then Remnant-Flash sets Joe free, while the Flash catches Zoom and take him down. But the Magnetar is fully powered and fires its destructive pulse. That’s when Remnant-Flash races around the device, creating his own pulse. And his pulse negates the Magnetar’s pulse, stopping it from destroying the multi-verse. But Remnant-Flash expends so much energy, he disintegrates, sacrificing his own life to save the multi-verse, and his friends. And though defeated, Zoom is still a smug son-of-a-gun, because he knows that Barry won’t kill him. But Barry doesn’t have to. Because when he created his time remnant, the Time Wraith’s were alerted and came looking. But they take Zoom instead of Barry, as Zoom literally falls apart.

Team Flash save the mystery man in the mask. And when they remove the headgear they discover that the man is the real Jay Garrick, who happens to be Henry Allen’s doppelganger. So, The Flash of Earth 3 looks exactly like Barry’s dead Dad. That’s enough to freak anyone out. But after a brief mental meltdown, Barry is able to pull it together. The metal helmet suppressed his powers, so without it, he’s a speedster again. And he’s anxious to get back to Earth-3. And that’s something Harry and Jessie can help him with, once the three get back to Harry’s lab on Earth-2. Yes, Harry and Jessie are going back home for good. So Cisco opens a breech to Earth-2 and Jay speeds through with Harry and Jessie. Exit stage right.

How does it end? Well, Barry and Iris exchange the words; ‘I love you.’ And they share a romantic kiss. But Barry is still pretty broken up about his Dad’s death and feels the need to go find peace. So Iris, being supportive, tells him to do what he needs to do. Then she vows to be there waiting for his return, no matter how long it takes. It’s a sweet moment, until you find out where Barry’s going. He speeds back in time and stops the Reverse Flash from killing his Mom. So now she’s alive. And we see another version of the Flash show up, it’s the version of him that went back in time last year. And that version of the Flash just fades away. So, one can only assume that Barry’s actions will have a ripple effect that changes everyone’s reality. STAY TUNED!!! October will be here sooner than you think. And If I get any news at Comic Con this year, you’ll be the first to know, as long as you keep your eyes on The Nerd Report that is….

BUT CONSIDER THIS, JUST FOR GIGGLES: Barry just rebooted reality.  If his Mom didn’t die, then his Dad didn’t go to prison, and he didn’t go live with Joe and Iris.  So did he become a forensic scientist?  Are he an Iris together? Are Barry and Joe still close? And is Barry still the Flash?  And John Wesley Shipp has already confirmed that he will be back for season three.  So will he be a different version of Henry Allen? The Dad that raised Barry.  Or will we see Jay Garrick’s Flash again?  And what about Harry Wells?  Will he be back?  And will Wally West be Kid Flash?  These are the questions that will plague us all summer. Enjoy! 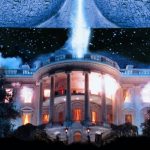 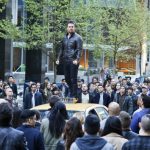