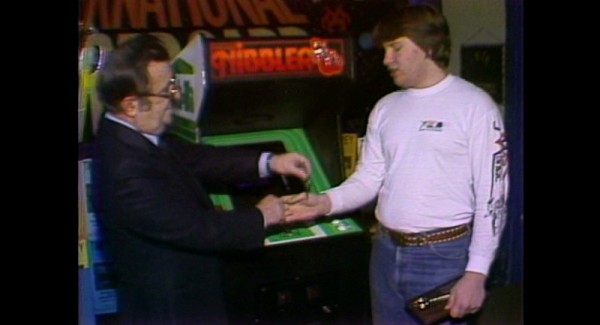 I discovered Man Vs. Snake: The Long And Twisted Tale of Nibbler at Fantastic Fest, where I got to meet champion gamers Tim McVey and Dwayne Richard, the subject of the film. This weekend, attendies at Filmquest got to discover Man Vs. Snake before its release on Friday, June 24, so I present my interview with McVey and Richards.

The film is so engrossing that I just had to ask about some specific events that may be considered spoilers if you haven’t seen it yet. But, McVey and Richard’s competitions at the Nibbler arcade game are a matter of public record so perhaps you already want to hear about their incidents. Mild spoiler warning, and certainly see if you have the same questions as me after you see Man Vs. Snake.

How did you feel about the film?

Tim McVey: I loved it. There was some stuff I didn’t expect. I didn’t expect to see Dwayne bleeding. I’d heard a little bit talked about that incident in California but I never really got the details. So seeing the video, I was like holy sh*t, that was something I didn’t expect to be in there. Then seeing some of the footage with Dwayne, the archival footage from years ago, that was pretty cool. The one part that really jumped out at me personally, put a tear in my eye was when I talked to my mom and she knew I was hungry, that was my mom that they had footage of that I had no idea they found that footage. She’s been dead for 16 years now, so to see that jump up on screen is just like wow, I had no idea they found it.

Dwayne Richard: I thought it was entertaining. It’s amazing how you can reduce seven or eight years down to an hour and 20 minutes. With background and stuff like that, there was a lot of drama which was good. I thought it was interesting. 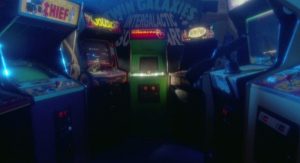 When you see footage of the times you gave up, what would you have wanted to tell yourself in those moments?

Tim McVey: I still would’ve quit. It’s hard to put it into words.

Dwayne Richard: Explain death in slow motion. They never went through and explained that.

Tim McVey: The thing about Nibbler is as you’re playing it, you know when it’s happening. You get to a point where you’re losing more lives than you’re gaining. Whether it’s you went to the bathroom and you came back, or you took a break and you came back, whatever. You’re at 100 lives and then you notice you’re at 99. Then a little while later you’re at 98. You’re going down this slow ride, you can’t gain your lives back and you know it even if nobody else sees it. You know that’s the end of the game right there. It’s just how long does it take for them all to bleed out.

So it’s over, but it could still take five hours to play out.

Tim McVey: Yes, how long do you want to ride that ride? How long can you deal with it? I don’t have the patience to really do it. There was one game I started a marathon at seven in the morning. It was about 11 o’clock at night and I just absolutely was not feeling it. Without warning I just stood up, turned the machine off, said goodnight. That was it. I went to bed because I knew it wasn’t going to happen. I didn’t feel right. I was too tired too soon and what was the point of playing until sunrise and then seeing the game end anyway? I knew it was over so I quit.

Why do you say Robotron is your favorite game?

Tim McVey: The intensity, the speed, just the absolute chaos and mayhem on screen. There’s no patterns to it. No two games are the same. It’s fast and it takes really good hand-eye coordination to do really well at that game. It’s a fast, intense game. It makes me sweat every time I play it.

There have been very high profiled tournaments for games that have a finite end with a kill screen.

Tim McVey: That’s one of the things that separates Nibbler as a marathon title. There is no finite ending. It’s if there’s hardware failure or the player fails. The game’s going to end and you’re going to lose. That’s how the game ends every time. There is no winning that game. You might beat the score you were after, but the game wins at the end every single time. You don’t end it. You don’t finish it. You don’t get to the split screen. The game wins. It beats you every time.

Was there a point where Tim Kinzy and Andrew Seklir were filming you that The King of Kong came out and you realized they’re making other movies about video game records?

Tim McVey: Actually, The King of Kong was out prior to that. I’d already seen it when they started filming. Not much prior but it was already out. That’s kind of my thing. It took eight years for this to be released. I think if it had been released four or five years ago, it would’ve been a bigger deal than maybe it’s going to be now. But I’m hoping that instead of just getting it done, they got it done right. I hope because of that they see the success for all their time and money put into this project.

Dwayne Richard: I’m happy. The thing is they waited intentionally. I didn’t realize what was going on. There was a lot of people that thought I cheated where I knew I didn’t cheat. I don’t really care but they wanted to find out what happened, so I took a lot of trips to California to try and get this stuff resolved. Then when I said, “Okay, hold on a second. I’ll send you my boards.” Because I was going off on Steve Wiebe with The King of Kong. I had some problems with that and I thought, “Well, isn’t that funny how life treats you? You try and accuse somebody of something and you get the shit boomed right back at you.” But I gave my boards up and I let them have due process and they showed that I didn’t know any better. I didn’t know what was going on. When that game happens so fast, you don’t have two games side by side where you can compare. When I saw it, it was obvious but until somebody pointed it out to me, I didn’t know what I was looking for. It’s a second or just over a second. How are you going to notice that so quickly? I’m glad it got resolved anyway.

Dwayne, when you found out something was wrong with your board, 35 hours is still not nothing to have invested. Did that feel deflating?

Dwayne Richard: No, because the thing was when you actually see that score roll over, it was the most incredible, exhilarating endorphin rush you could ever imagine because I was fighting tooth and nail to be able to do it because it was playing faster which means I have less breaks. I did it quicker but in another sense I was in more pain than everybody else at a faster rate. Just to be able to do it, to see it roll over, I did it for myself, not for necessarily anybody else so I still feel good about it one way or another.

Dwayne Richard: We figured out these playtesting techniques, because Tim had to catch up to me when we were playing. We were playing these different cabinets and the joysticks just sucked because they weren’t the regular Nibbler cabinets. So I didn’t feel confident starting the game over because the way my hand was hitting the glass, just the way the slant was, I didn’t want to start with a glare on the game. So when he started played, after 500,000,000 points he called me because when he built up his men, he killed them off instead of just letting them go around in a circle. And we found out that you could score way more points that way, so he found out this new point pressing technique. So now 37, 38 instead of 44 is a real [possibility]. We improved the technique on it now to get a billion points.

Tim McVey: And we both proved that. You proved it with your 35 and then when I did get it, I did it in 38 hours. That was with taking some breaks. So we proved our point.

In 2009 when your cabinet broke and they fixed it, did you ever consider starting up again?

Dwayne Richard: Tim and I talked about playing again. It was one of those things. I’ll have so many scores and world records. To me, it doesn’t really make that big of a difference. It was one of those things on the bucket list. I knew about the billion point score and Tim getting it done. I just wanted to experience what the challenge was for myself, man vs. machine. I try and keep things against personalities where Bill’s different. He’ll try and make it as if it’s bravado or whatever to crush the manhood or something like that. No, you just played a game to level 22. Big deal. Now you see all the other people going. So hopefully there’ll be more people playing Nibbler. It’s a challenging game. It’s not easy. You make it look easy when you’re good but it’s not easy. It’s very hard on the body.

The film really captures how brutal 48 straight hours is.

Dwayne Richard: The joy, it’s fast. You just don’t realize how fast it is. Your elbow hurts so bad. Rick Connor plays with two. He plays with his right and his left. He plays slower and he plays with both arms so that’s the new advanced technology. That’s why he scores much higher. He improved his technique and he plays with left and right hand on the game.

Have you had any lingering damage from all of your Nibbler sessions?

Dwayne Richard: The funny thing is the first experience I ever had was I actually got injured from playing Ladybug of all things. I got an infection in my wrist. I was in the hospital for a week when I was in grade seven or eight, but other than that, no. After a couple months, the pain goes away, or blisters go away, skin grows back.

Was it an arcade Ladybug?

Dwayne Richard: It was an arcade Ladybug.

I never saw it in an arcade. I had it for ColecoVision.

Dwayne Richard: Oh, Coleco was the best. I love playing the ColecoVision. I used to play it all the time.

What do you think of the competitive gamers now and the high tech games they compete at?

Dwayne Richard: I know some of these guys. I’m glad they’re making money. Again, it’s the same temptation. Do you want to play legitimately or do you want to take a shortcut? With all the cheat codes, whether it’s enhanced drugs, you can’t do that with the classic games. It’s just you, man vs. machine, because everybody’s already set the rules where you can do certain things that are taking advantage of bugs or whatever. So you just have to play the machine. It’s you against the machine, not anybody else.

Is there any other game you’d like to try after Nibbler? 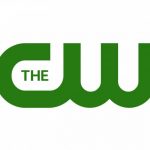 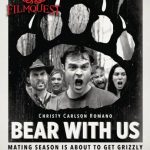