The FilmQuest Film Festival held a panel on the subject of Minorities in Genre Film, with some of its festival filmmakers and local filmmakers. The panel included Yolanda Stange, President of Utah Women in Film, David No, director of the short Battle of Wills and an actor himself, and Jody Wilson, writer/director of the short Indigo and visual effects executive for Digital Domain.

Stange is an African-American woman, No is an Asian-Australian and Wilson is a gay woman, both being considered minorities in Hollywood. Here are some highlights of the lively discussion.

YS: Personally for me, I was highly offended by a Tyler Perry. There are some great female actresses out there. I don’t understand why every black man wants to dress like a woman in a movie.

There Are Asian Stars Who Never Get Cast As Asian

DN: No one writes, “Half-Asian guy walks through the door.” I am half-Asian and I can think of several half-Asian actors that no one ever considers half-Asian. No one even puts them up for Asian roles. Keanu Reeves, Chloe Bennet, people like that. If you look at Chloe Bennet, you could go, ‘Oh, she’s Italian or something’ but if you heard her original name before she changed it, then maybe you’d look at her and go, ‘Oh, she’s Asian.’ So it’s all about perception.

Can We Let Actors Just Act?

JW: I have a friend who is a straight female who is playing, on an ABC Family show, a binary nonconforming gender neutral character. She said she was worried about people saying that should have gotten taken by someone who is transgender to play that role. I don’t feel that way. I’m very sensitive towards people who think that but at the same time acting is acting. You should be able to play something that you’re not. Race is a little bit different, changing a character for race, but in terms of transgender, I believe a female, male or anybody should be able to be seen for that role because that’s what acting is. Robin Williams in the Birdcage, we didn’t ask for a gay man to play Robin Williams’ character.

DN: In Snatch, we don’t complain that Brad Pitt’s playing an Irish guy and he’s not Irish. Where do we draw the line?

But Race Is A Little Different

YS: I think it comes to authenticity. That’s what we are looking for. I did not think Zoe Saldana could play Nina Simone. That’s something that actually happens within the African-American culture of dark versus light, how dark you are. To take a mixed race person to play his woman who was 100% African, she was a black woman, and put this beautiful actress, don’t get me wrong, in this part, it just didn’t work. It was insulting. They put a prosthetic on her. If you’re a fan of Nina Simone, you’re not going to watch this movie because you’re not seeing Nina Simone. You’re seeing a hot Hollywood actress playing an icon and that’s it. For me, there are some great actresses. The woman who plays Crazy Eyes on Orange Is The New Black [Uzo Aduba] I think would have been fantastic as Nina Simone. I think it comes down to the producer. What is the producer trying to do? You can tell, whoever produced this, to me is going for the money. Zoe has a name. Do you want to make a lot of money? Do you want to make art or do you want to find some way where those two worlds can collide? I think that’s the important thing.

YS: I think there are other way to connect a name to a project without going that far. Whether the story is so good you can get a good executive producer who has a big name, that’s a way to go. Utah is notorious for most of their independent movies, we go out and we bring in a big star for a couple of days instead of giving them the lead part. I think there are ways around it.

YS: Are you going to sacrifice your audience for [a name]? Because who are you making a movie for? Is it for yourself? Is it for the producer? If It is, I think we’re all in trouble because a movie is for the world. Your art is to be shared. It doesn’t belong to you, doesn’t belong to the producer. Especially when you’re taking on a story like Nina Simone. She’s an icon.

YS: I’m sorry but Joseph Fiennes playing Michael Jackson, you won’t get my ticket. You will not get a dime from me on that.

YS: Because I want to see my people up there as much as anybody else wants to see their people.

DN: So it’s a political reason then.

YS: Okay, I’ll take that. I never thought of it that way. For me, I just don’t understand why you would put a white person in an iconic African-American role. It’s more of that to me. If it was any other film, a really great film, I don’t really care if the person’s black or white or any of that. I’m talking about icons. I’m talking about Michael Jackson’s history. I’m talking about American history. That’s where he came from. I don’t get it.

DN: Do you feel the same way about other cultures? Memoirs of a Geisha. That movie was set in Japan. The main actress was Chinese. From maybe a viewer perspective that don’t really know the names of the actors, if they’re taken through the story and believe in the story, does it really mater?

JW: It tends to be a bigger issue if it is about actual physical race. Like you said, if it’s Brad Pitt playing a Scottish man, that doesn’t matter to anybody.

Middle America Is Not As Simple As Hollywood Thinks

YS: Hollywood has always looked at middle America as a flyover. They only believe L.A. and New York are the only two places that exist and there’s something going on in middle America that they don’t understand but they keep feeding them the same thing over and over again. I think it’s crap. I think middle America is not as racist or sexist as Hollywood likes to try to make it seem. I really don’t believe that.

DN: Another thing you can look at is art reflecting society. Are we going to make anglo-based, Cuacasian based product to appease people in middle America because that’s what they want to see? Or are we going to make things that reflect society and introduce new ideas to those people that may not actually be educated about them? Are we going to bring new ideas and challenge people’s thought processes?

To Take Control, Directors Have To Be Producers

JW: The studios like to hire young directors for their bigger movies. Marvel does it a lot. Different studios do it a lot so that the directors aren’t even the people that are in any power. They’re just the ones directing the films and then they’re done. They’re not even part of the post process at all. In order to be a successful filmmaker, you have to be a producer too. You cannot just be a director. Those days are kind of over in a way. When you’re fighting for a certain actor, if they’re not a big name, you’ve got to know why and how to fill those other slots. At the end of the day, it’s a lot of money to make a film and these people are going to want to know how they’re going to make their money back. You have to be thinking how to fill certain slots with certain things and pick your battles really.

YS: I feel excited about the future because now the audience actually has a choice. There are so many more numbers that you can use to say why you’re using a certain person. There are so many movies on Netflix now, so much streaming happening, original series and all this stuff happening where if you do want to use a Down Syndrome [actor], you have the data there to show hey, look, this is the population. People are actually watching this. To me, I’m actually really excited about where we’re going. I’m not a victim. To me, it’s the smallest little things you can make into a big thing truly. We live in the best time. 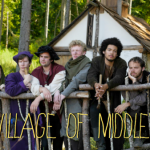 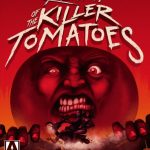