In a future episode of  ‘Supergirl’ we’ll see this moment, 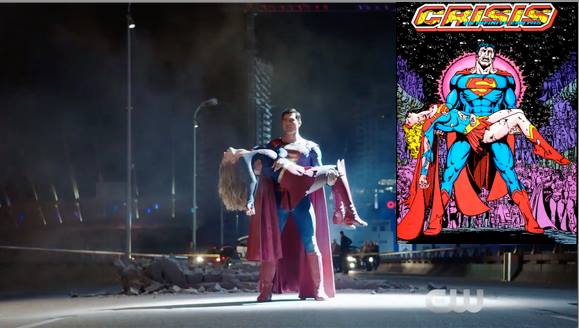 which is a live-action version of an iconic comic book cover.  That’s one heck of a cool Easter Egg!  Back in the mid 1980’s, DC Comics came out with a crossover series of comic books called ‘Crisis On Infinite Earths.’  Though I’m 100% sure the situation will be altered, because in the Crisis comic Supergirl died, and we know that won’t happen.  But possibly, on next week’s episode, we’ll be able to geek out over how cool the show is on the CW.     STAY TUNED!!!